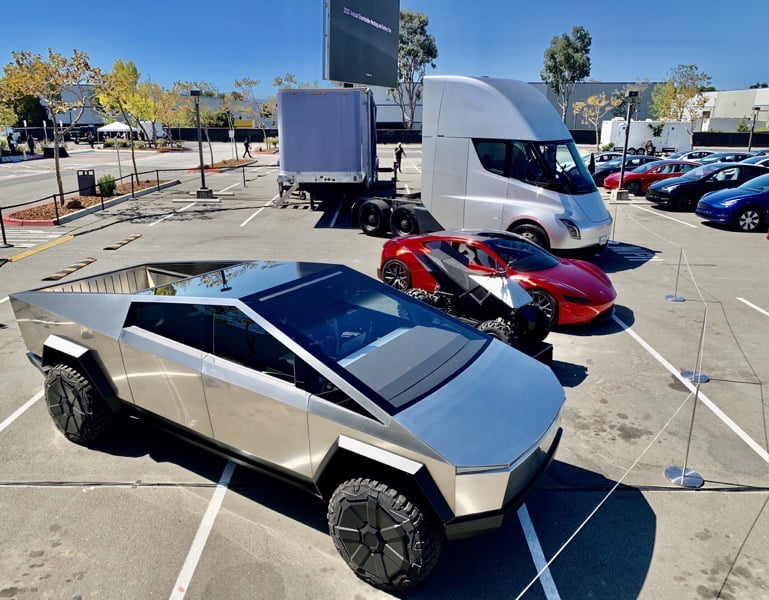 For those unaware, the current Tesla lineup can be shown with the acronym ‘S3XY’, with Model S, Model 3, Model X and the launch of Model Y this year completing the joke.

But with Cybertruck coming soon, along with an All Terrain Vehicle, plus the new Roadster and the Semi truck, the next acronym is ‘CARS’, which many have known, but was reiterated this afternoon by Musk. The Tesla CEO shared a picture of the company’s next-generation vehicles, which were parked for viewing at today’s Battery Day event.

It’s a surreal sight from the stage — a sea of Teslas, the EV Future.

Each vehicle has a custom program to display the show on their central screens. Livestream starts at 1:30pm PST: https://t.co/tg5KMdM2jk pic.twitter.com/nXkEBjiUmV

The image Musk tweeted was first tweeted by Steve Jurvetson, longtime board director at SpaceX and Tesla. Jurvetson is departing the Tesla board, to be replaced by Hiro Mizuno.