Tesla is set to open a new service center for sales and delivery in the town of Colma in San Francisco, located at 1500 Collins Avenue and Junipero Serra Boulevard.

According to a recent video shared by SF Tesla Club (@sfteslaclub), the site is showing a large Tesla banner and other preparations of an opening at some point in time.

According to the site plans from the town of Colma, the upcoming Tesla delivery center was designed by Irvine-based Stantec Architecture. 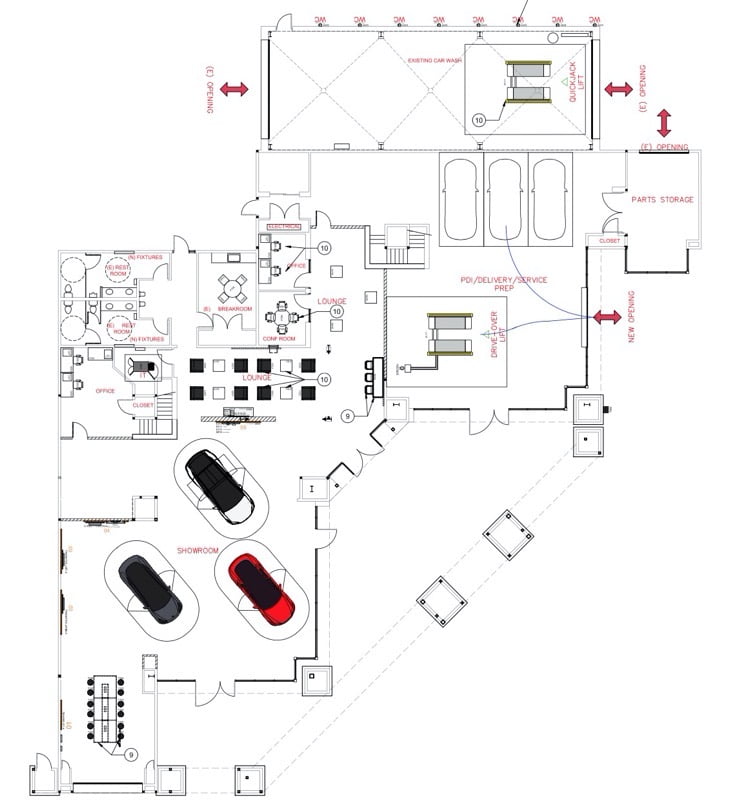 The first floor of the main building at 12,840 square feet will feature a showroom, lounge for customers, conference rooms and delivery and prep areas for new Tesla owners.

Outside the Tesla Service Center there will be 8 Supercharger stalls available, which oddly enough are just under a mile away from the large Supercharger at Serramonte Center across the way, which has 40 stalls at up to 72 kW charging rates.

The site used to be home to the Serramonte Hyundai dealership, across from Chipotle and Starbucks at Serra Center.