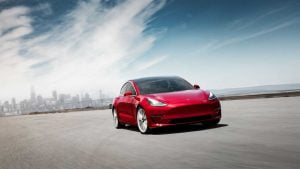 Part of being a 21st-century car manufacturer means keeping your visual aesthetic consistent across platforms.

In Tesla’s latest attempt to keep up with the times, the electric vehicle (EV) company just released a completely redesigned set of forum pages on its website. 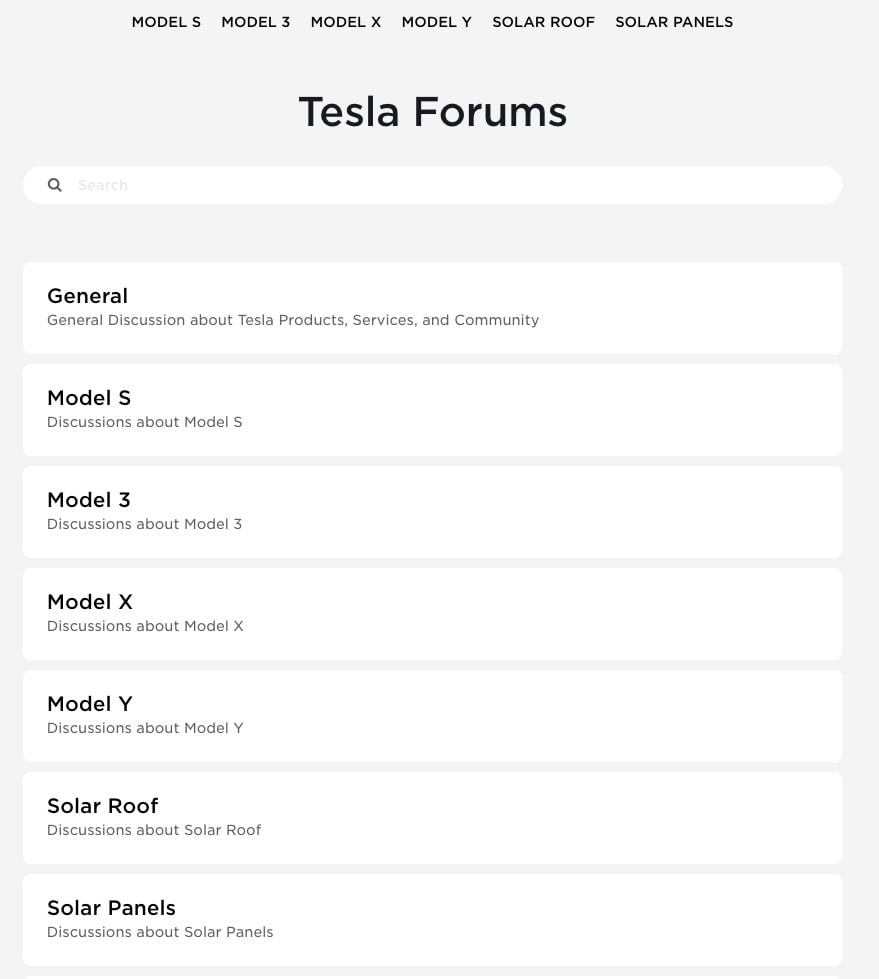 The new design is not only more consistent with its car brand, which has favored particularly minimal and futuristic-looking designs, but now the design of the forums has finally caught up with the rest of the website. There has been little speculation as to the speed of the updated website forums at this point, though this improvement would also be on brand with Tesla’s cars.

The company provides the following for all owners to read before participating on its forums:

Tesla’s forum provides an online meeting space for owners and enthusiasts to exchange ideas that are entertaining, helpful and useful. We encourage you to participate and only ask that you be respectful of others. Don’t post messages that are obscene, vulgar, hateful, sexual in nature, infringe on the proprietary rights of others, or impersonate or misrepresent yourself or other individuals, including Tesla employees. Only post material which you own or for which you have received a copyright license. Whatever you post, we reserve the right to copy and use. We also reserve the right to edit or delete your post as well as suspend your account.

All posts represent the author’s views and not of Tesla’s.

While some liked the appearance of the redesign, other critics on Reddit thought it simplified the thread for iPhone, but made it less user-friendly for PC and laptop users. Still others claimed that their forum experiences had already been ruined in the past, either due to the format becoming obsolete or because of a bad personal experience with specific users on a given forum.

With forums in general dying out as users switch to platforms like Reddit and social media, it’ll be interesting to see how things change with Tesla’s forums in the coming years.

Regardless of how the redesign was received, it’s clear that Tesla is not done maintaining their sleek style and aesthetic, even across mediums.

Although Tesla currently remains the top electric vehicle (EV) manufacturer in the U.S., a new study shows that increasing competition is slowly chipping away at the company’s market share. Tesla has a 65 percent EV market share in the U.S. in the first nine months of 2022, which is down from 79 percent in 2020, […]
Peter McGuthrie
9 hours ago

As Tesla heads into the final month of the year, the automaker is looking to boost customer orders with a new discount option for its flagship sedan and SUV models. Tesla is offering a $3,750 discount on Model 3 and Model Y orders in North America, as seen in a text message sent from the […]
Peter McGuthrie
9 hours ago