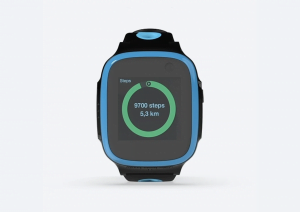 In the latest on strange tech news, a document from April has alluded to a smartwatch partnership between Tesla and Xplora, as revealed by Myhealthyapple on Monday afternoon, and shared by electrek.

The supposed partnership is baffling experts everywhere as to why Tesla would want to work on a smartwatch, though the choice is not out of the realm of possibility to the prolific Elon Musk, who often shares surprising ideas. Some commenters on the article and on Twitter have speculated as to why the EV company would make this strange move now, in the midst of a record-breaking sales year.

One commenter shared, “I have kids that are old enough to go to specific places (soccer practice/etc.) by themselves if a robocar could take them.” The comment continued, “Figured Tesla would need something like this so the kids (who don’t have phones) can enter the car and/or summon it after practice ends.”

While some seem to think it’s a well thought-out move by Tesla, other critics have expressed their criticisms with the announcement, stating that there was actually a simple cut and paste error in the contract, which had been prepared for Tesla originally, though was refitted for working with Balun Technology in Shenzen, China and the original closing sentence accidentally retained the words “Tesla Motors” before being submitted for review.

NO CONNECTION BETWEEN TESLA AND XPLORA, IT'S SOMETHING ELSE!

Electrek published an article of an FCC filing hinting that Tesla is collab. with Xplora, a smartphone manufacturer

Connecting the dots showed this is untrue, but a totally different story was uncovered. read on.

Whether the partnership is real or not, it’s safe to assume we’ll continue to see outlandish new ideas put forward by Tesla and Elon Musk in the next several years, so we can expect a number of new thought-provoking collaborations to come forward.