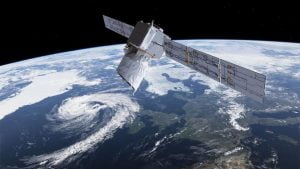 When SpaceX isn’t busy with sending out ships to space, they’re busy working on a series of other projects. Starlink has been under development for quite a while, and will provide high-speed internet to everyone through low earth orbit satellites in space.

As reported by Tesmanian, SpaceX is looking to add four million more, The company has already filed a request to do so on July 31, and this development will bring their total terminals from one million to five million.

“SpaceX Services requests this increase in authorized units due to the extraordinary demand for access to the Starlink non-geostationary orbit satellite system.”

CNBC states that SpaceX’s Starlink Internet service has gotten the interest of around 700,000 people so far. It should be noted that this was without any proper advertising, so we can only imagine what the figures will be like.

Starlink will be able to provide moderate internet coverage once there are roughly 800 satellites in orbit. A program for beta testing Starlink should be released to the public sometime soon, but has already been made available to some employees who have installed terminals at their homes.

It’s safe to assume that the Starlink will only available to those living in the United States and Canada to begin with. People can sign up to be notified when the service will be available in their areas on the Starlink website.

NASA and SpaceX have scheduled their Crew-5 mission to the International Space Station (ISS) to lift off from Launch Complex 39A at NASA’s Kennedy Space Center in Florida on Monday, October 3. Our next @Commercial_Crew launch to the @Space_Station is scheduled to lift off from @NASA_Kennedy no earlier than Monday, Oct. 3. Get the details […]
Nehal Malik
4 hours ago

SpaceX’s Starlink internet service is now serving schools located in the Amazon Rainforest, connecting institutes located in the region of the Amazon that falls under Brazil to the rest of the world via satellite. Company CEO Elon Musk highlighted the accomplishment on Thursday when he shared a tweet from Brazilian Minister of Communications Fábio Faria […]
Nehal Malik
21 hours ago