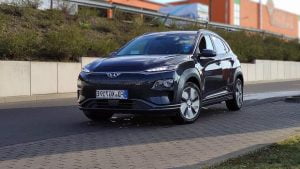 Hyundai has plans to further break into the electric vehicle (EV) industry with two upcoming production lines. One of these is set to debut next year, with the other being finished by 2024.

Back in May, Hyundai was in talks with other corporations like Samsung for battery distribution. With fierce competition in the EV market, it is important to secure a stable supply of electronic parts and batteries.

As reported by Reuters, an anonymous Hyundai insider stated that the company didn’t consider Tesla a huge threat when they had first introduced high-end cars into the EV market. However, Hyundai became “more worried when Tesla brought out a cheaper Model 3 in 2017”.

This decrease in price made the car more affordable for the general public, undercutting other car brands with the help of government incentives, especially in Canada. An example of this would be electric vehicles in British Columbia doubling within a year.

Tesla Model 3 sales in June had completely dominated Hyundai’s home market according to Cyprus Mail. Tesla had not only outsold Hyundai’s Kona EV, but also “premium models from BMW and Audi”.

The South Korean company further told Reuters that they wanted to “scale up” by working with more Korean battery suppliers. Hyundai plans to sell over 1 million battery EVs by 2025, hopefully obtaining a global share of 10%. It looks like Hyundai isn’t going to drop out of this race anytime soon.