Will Tesla Get Into Lithium Mining for Battery Production? 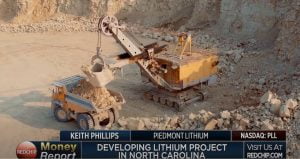 Tesla’s battery technology has seen some major strides in recent years. The company has progressed leaps and bounds when looking back at its first electric vehicle, the Tesla Roadster. The new Model Y serves as evidence to the company’s improved batteries. Some of the latest China-made Tesla vehicles also serve to demonstrate the electric vehicle maker’s innovation in electric vehicle batteries. A new report from Clean Technica digs into the subject of lithium mining, and whether or not Tesla might make the jump into the field to manufacture their own batteries.

The piece from Clean Technica cites some interesting sources for their speculation on Tesla’s possible lithium mining ventures. One YouTube video from EV Stock Channel provides many detailed takes on the subject. Among them, Tesla’s lithium usage measures up against global lithium production to reveal some surprising figures.

Tesla CEO Elon Musk has tossed the idea of getting into mining around before. In 2019, Musk talked about mining lithium to use for Tesla vehicle batteries in order to scale the business up. In a 2019 report from TechCrunch he said, “Once Tesla increases production to a “very high level,” it will “look further down the supply chain and get into the mining business, I don’t know, maybe a little bit at least.”

If Tesla’s experimentation in their Chinese vehicles is any indication, the company certainly continues its efforts to innovate. Tesla’s mining ambitions, if pursued, could decrease their cost of production in the long term. Such a move would allow the company to scale up, while also holding greater sovereignty over the design of their vehicles from the ground up.

Tesla JV with Annex on Semiconductors is False [Update]

Update: According to Electrek, the site claims Annex is not a real company and the so-called Tesla deal is actually fake. Update Nov. 28, 2022: When reached by email, SCMP reporter Che Pan told us a Tesla China spokesperson said, “that JV has nothing to do with us,” squashing this story as false. == U.S. […]
Peter McGuthrie
13 hours ago