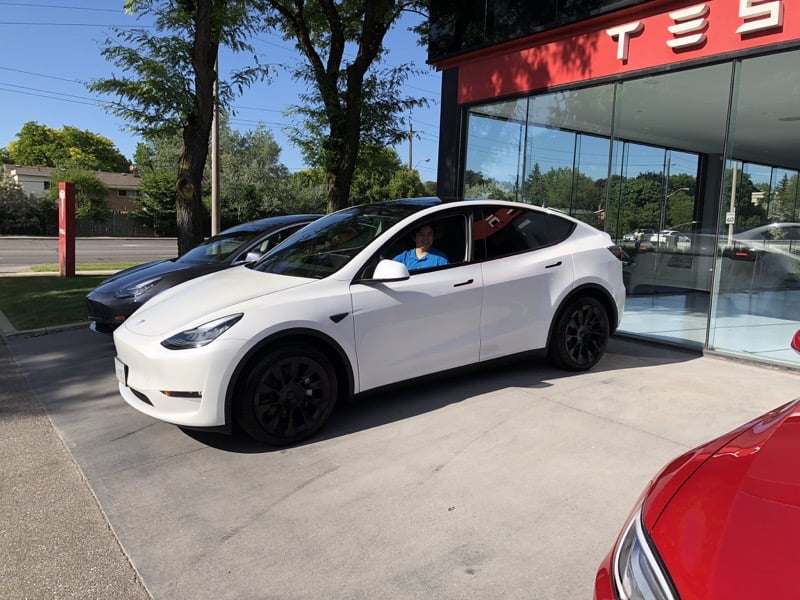 Yesterday we saw Tesla Model Y deliveries reach Ontario, Canada, hinting deliveries to owners were imminent, and as of today the first one made its way to an owner at the Tesla store in North York.

Executives from the Official Tesla Owners Club of Ontario were on hand to document current Tesla owner Sam Zhang pick up his white Model Y at the Toronto-Lawrence Tesla store.

The proud owner picked up his new Tesla today at the Lawrence location.

Sam Zhang is a Model 3 owner and was excited to finally pick up his Model Y today.

Club executives were on site for the delivery and to congratulate the new owner. pic.twitter.com/ca4qVeLBEW

The store gave Zhang boisterous applause and a grand unveiling for his Model Y delivery, which you can check out in the video below:

The first Tesla Model Y delivered in Canada was in Vancouver, B.C., just over a week ago.

Gary is the Editorial Director of TeslaNorth, writing about his passion for Tesla and EVs. Also founder of @iPhoneinCanada.

Buying a Tesla? Get 1,500km of free Supercharging. Send tips to: gary@teslanorth.com

Tesla Has Option to Purchase Land in Texas for Next Gigafactory: Musk