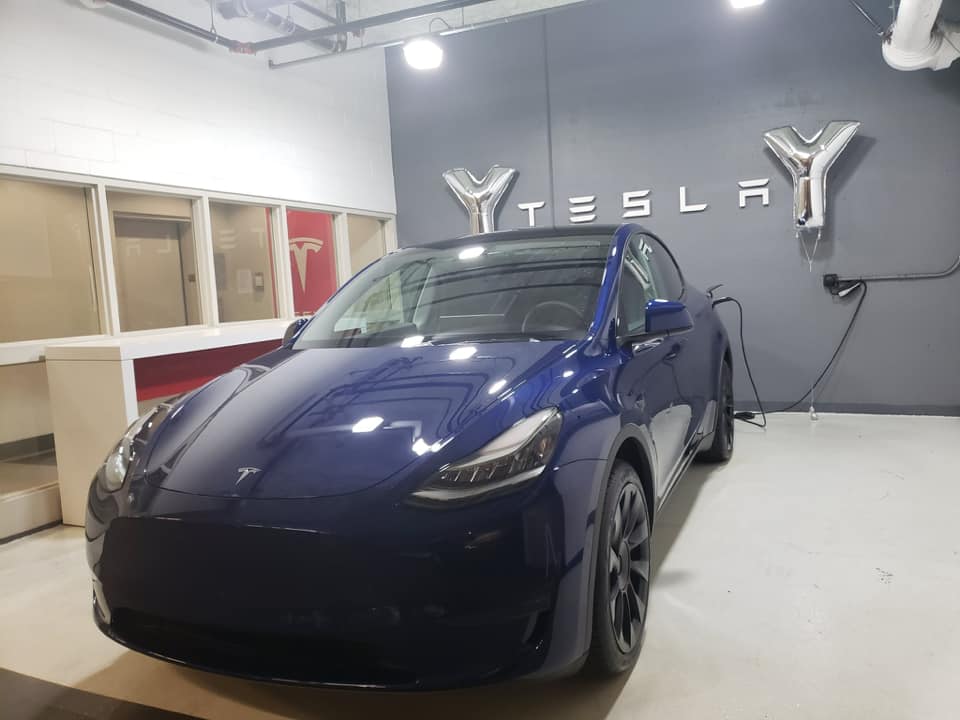 Tesla has delivered the first Tesla Model Y in Canada to a customer in Vancouver, British Columbia.

Images of the first Model Y delivery were shared by the Tesla Owners Club of British Columbia yesterday. Pictures show a Blue Metallic Model Y at a Tesla store on West 4th in Kitsilano, including pictures of the first customers and background of the location decorated with “Y” helium balloons.

Tesla store staff also posed for a group photo in front of the Model Y, which is set to deliver to numerous customers in Canada in June.

Earlier this week, we shared how this Model Y was delivered to a store in Vancouver ahead of yesterday’s first delivery, marking the first time a Model Y has been delivered by Tesla outside of the United States.

Update June 10: Paul Carter, Founder/President of Tesla Owners Club of British Columbia, told Tesla North in an interview Tesla Vancouver invited him to welcome the Model Y to the Tesla family. “The delivery was arranged for June 9 after the vehicle arrived during the weekend to prepare for the awaiting owners,” said Carter, who confirmed the delivery took place at the Tesla Vancouver Store on West 4th.

“Tesla and friends posing for the camera to capture this great occasion gave the camera the number one salute and me, the club President, in an exciteful Y stance,” added Carter, noting he was “so ecstatic” for the new owners of the Model Y.