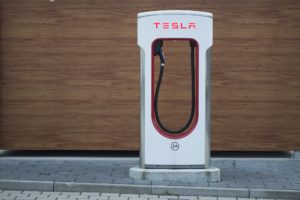 In response to a fan tweet that mentioned the lack of Supercharger stations in West Los Angeles, Tesla CEO Elon Musk responded. Musk’s tweet said, “Coming soon.” The original tweet mentioning Musk, which was posted by user @jgold310 hinted at delays in the Supercharger station installations. He said, “Please sir can we have more superchargers in West LA? These are a year+ delayed and we really need them here.”

Of course, urban hot spots such as Los Angeles may owe themselves towards advanced Tesla usage. As a result, drivers require more Supercharger stations. Even so, Tesla has remained vigilant in providing access to charging stations in Canada and other locations across North America. A new Supercharger station installed in Centennial, Colorado even offers access to 12 stalls.

Special V3 Supercharger stations offer must faster charging rates compared to V2 predecessors, able to reduce charging times. Tesla’s drivers continue to make use of these special stations and standard stations across the world. It’s reasonable to assume Tesla will continue installing them.

As China celebrates its legal holiday of National Day this week, Tesla’s Gigafactory Shanghai will stay open with some added benefits for employees who work for the holiday. Tesla’s Giga Shanghai is remaining operational during China’s National Day holiday running from October 1 to 7, as reported by a source familiar with the matter reporting […]
Peter McGuthrie
2 hours ago

Tesla is looking to expand Gigafactory Nevada after years of announcing plans to do so, according to sources familiar with the matter reporting to electrek. Past statements by Tesla held that the Giga Nevada location would be able to produce around 105 GWh of battery cells per year and 150 GWh of battery packs per […]
Peter McGuthrie
3 hours ago