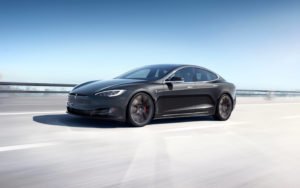 Tesla’s efforts in China have produced some valuable experiments over the past few months. For example, the electric vehicle maker implemented new charging accessories for the Model 3 that eventually ended up in North American models. Tesla China now shows new efforts to enhance its import process to use blockchain technology.

Tesla’s blockchain foray involved a few key entities in China. Alongside the logistics company CargoSmart, Tesla worked with the Shanghai International Port Group and a cargo company known as COSCO. Using a new experimental blockchain app, the companies rolled out a pilot program in December of 2019.

As sources at Clean Technica present, “COSCO’s General Manager of Business Process & System Division, Wu Yu, said that the pilot “showcased significant efficiency gains not only in the cargo release process but also for downstream supply chain planning by presenting a single source of truth for documentation for all involved parties.”

Most prominent in the financial space with digital assets like Bitcoin gaining popularity, blockchain technology presents a few potential benefits for Tesla’s import process. For one, the pilot showcased much faster paperwork processing. As demonstrated early on in Tesla’s Chinese ventures, a lot of green tape gums up both production and imports. As demand for Chinese-made Tesla vehicles increases, the company desires any solutions that speed up output.