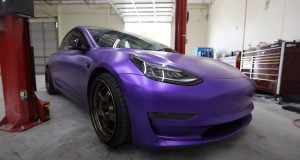 Tesla drivers love to customize their vehicles. Whether looking at minor modifications made to the newer Model Y, or more significant mods made to past models, Tesla’s vehicles welcome a range of custom projects. In a new video on YouTube, SneakerheadinthebayVlogs shows viewers the process of adding an exhaust system to the Tesla Model 3.

As the video states, Tesla vehicles are known for their quiet driving experience. Because the vehicles operate using state of the art battery technology, noise generation is kept to a minimum. As a result, the vehicles lack the roar found in other performance vehicles, despite boasting impressive performance statistics.

The system shown has little impact on the rest of the vehicle’s performance. Installing an exhaust system certainly detracts from the original appeal of the silence offered by Tesla’s vehicles. However, the mod caters to a certain sect of hobbyists. With widespread adoption of electric vehicles growing, you can expect to see more modifications like this.