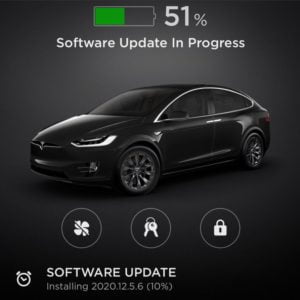 Tesla’s newest software update brings some notable features into beta testing. With the update 2020.12.5.6 drivers get the chance to test out the new traffic light and stop sign control feature. This update is quite a major one, as drivers have long anticipated the feature.

Even so, the update comes with a few key caveats. It needs to be understood that the traffic light and stop sign control feature releases in its beta state. This means drivers shouldn’t get too comfortable with the way things are in this update. Some images posted to Twitter highlight some of Tesla’s notes on the update.

As you can see, the feature certainly has its limitations. For example, the feature doesn’t make turns through intersections. It also won’t allow drivers to rely on improved Autopilot performance for very curvy roads. The update includes some brief instructions on how to safely use the new traffic light and stop sign control feature. “This feature will stop at all traffic lights, including green, blinking yellow, and off lights. To proceed through an intersection, pull the Autopilot stalk or briefly press the accelerator pedal to confirm that it is safe to proceed.”

The update brings a lot of excitement to Tesla drivers. As seen earlier in the year, Tesla Autopilot is making some wonderful steps forward.