Mercedes on Thursday officially started manufacturing electric vehicles (EVs) in the U.S. at its 6-million-square-foot assembly plant in Vance, Alabama — reports Automotive News. The German luxury automaker announced it is starting production with its first U.S.-made crossover, a battery-powered version of its GLS SUV, known as the EQS. It will be one of two […]
Nehal Malik
3 months ago 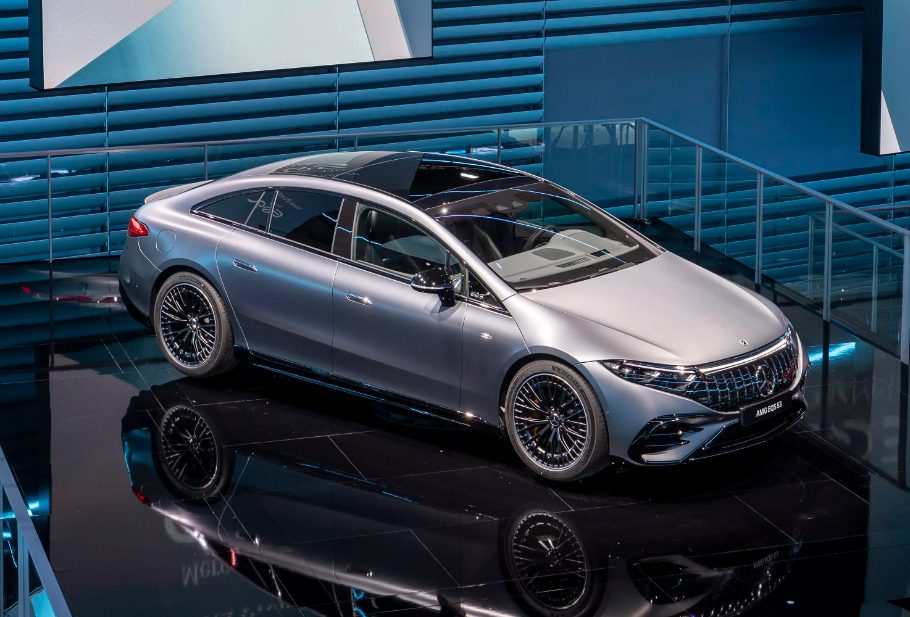 Mercedes-AMG, the high-performance subsidiary of Mercedes-Benz, has just unveiled the 2022 AMG EQS (branded as the EQS53 in Europe) — its first all-electric production car. The EQS is designed as a luxury sedan, with an electric motor at each axle for a dual-motor powertrain. The AMG EQS doesn’t look terribly different as compared to the Mercedes-Benz […]
Nehal Malik
1 year ago