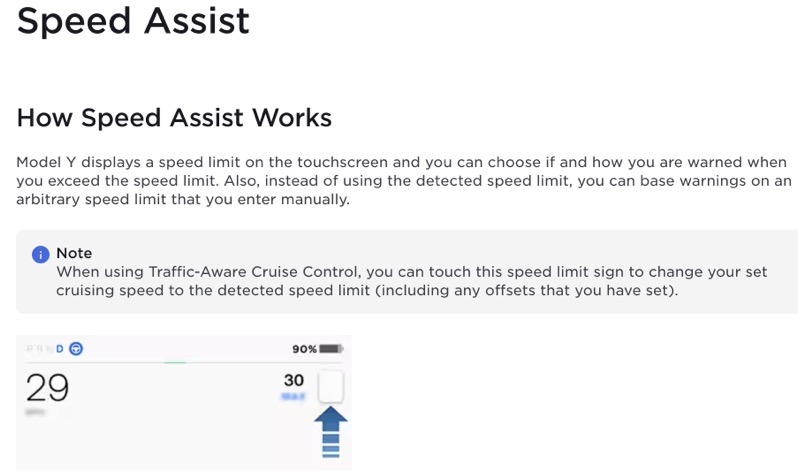 Tesla plans to release a software update in Germany to bring its camera-based speed limit detection feature, according to TeslaMag.

The software update mentioning the Speed Assist update that reads, “Speed ​​Assist now uses vehicle cameras to detect speed limit signs. This will increase the accuracy of speed limit data on country roads and highways in selected countries,” was seen in German on a Tesla vehicle in Germany, suggesting the latter could be one of the countries included in the update.

TeslaMag says if the current tests go well the 2023.2 software update could release in the next 1-2 weeks.

Other European nations such as the UK and the Netherlands have long had camera-based Speed Assist, but this looks like an expanded rollout of the feature.

Tesla yesterday announced its record Q4 2022 earnings, achieving new highs in revenue, production and delivery for the full year. Elon Musk started the Q4 2022 earnings call by addressing a common question from investors in regard to demand. Musk explained, “Thus far — so I want to put that concern to rest. Thus far […]
Sarah Lee-Jones
18 hours ago

Back in December reports claimed Tesla was close to revealing a new assembly plant in the northeastern Mexican state of Nuevo Leon. But no announcements have yet been made about the possibility of Tesla building an assembly plant in Mexico. Now, according to Nikkei, it appears no deal has been reached yet, according to a Mexican […]
Sarah Lee-Jones
18 hours ago