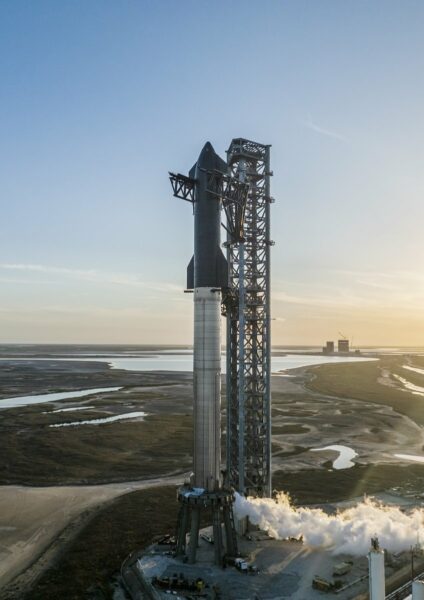 SpaceX is still finalizing plans for the first orbital launch of its Starship spacecraft and CEO @Elon Musk says the debut could take place in late February — though he says a launch in March is “highly likely.”

Musk’s tweet came in response to @WholeMarsCatalog asking if January 31 would be the date of the first Starship orbital launch, citing the date in a report from Port Isabel South Padre.

As of Monday morning, Starship 24 has moved over to the ‘chopsticks’ ahead of being stacked on top of the Super Heavy Booster 7, to complete the ‘Full Stack’, as noted by NASASpaceflight’s live stream below:

Ship 24 has shuffled over to the chopsticks in preparation for Full Stack.https://t.co/e3xbqPnwZ5 pic.twitter.com/VjdWysvyeK

SpaceX still requires a launch permit from the FAA for its first orbital Starship flight.

The most recent launch estimates for Starship held the spacecraft launching in early December 2022, though it has now been delayed once again. It’s not clear what slowed the Starship launch down from a December launch, though the timeline was originally pitched by NASA’s Mark Kirasich as an estimate.

SpaceX has a NASA contract to use Starship to send astronauts back to the moon, as part of the federal space agency’s Human Landing System plan.