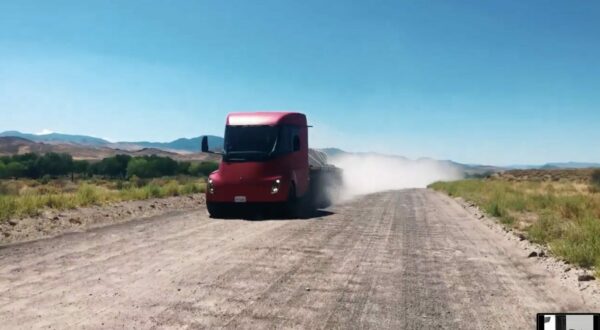 The Tesla Semi debuted earlier this month with a delivery event for PepsiCo, and the automaker has since shared some footage of the electric semi truck’s rigorous testing, as a way to help encourage engineers to apply.

Tesla engineers tested the Semi in a range of harsh conditions, as seen in a video posted on LinkedIn by the automaker on Tuesday.

In addition, the video’s caption included a link to a Vehicle Test Engineer position for the Semi, which is based at the company’s Fremont, California Gigafactory.

“Join us on the Vehicle Test Team,” wrote Tesla in the post.

This Tesla Semi RV Concept is What Dreams are Made Of: Here’s the Backstory [PICS] https://t.co/2tMJu2tbIp

The position lists a number of responsibilities related to setting up Semi tests, including conducting vehicle-level structural strength and durability tests, tests in hot weather, watery conditions and more.

The role also requires a B.S. or M.S. degree in mechanical, automotive or mechatronics engineering, with at least two years of experience working on related mechanical engineering jobs.

The video shows the Semi driving through various muddy, snowy and wet conditions, and performing other tests such as running over a ladder and driving over water to let it splash into the engine.

The Motortrend crew recently visited Frito-Lay’s upgraded, zero-emission distribution center in Modesto, California to talk with Tesla Semi drivers and see the truck in person. The publication was able to gather a few extra specs on the Tesla Semi, noting that the huge vehicle sported a Model S Plaid tri-motor powertrain but turned around the […]
Peter McGuthrie
4 days ago