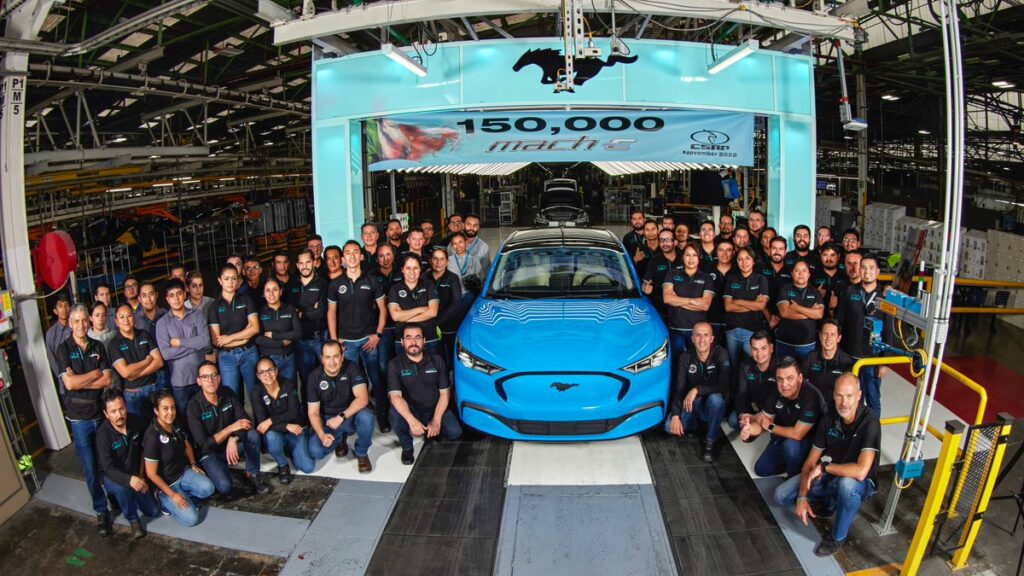 Legacy automaker Ford has reached an important production milestone this week, showing that the company has been able to produce a sizable number of Mustang Mach-E units since it was introduced in 2020.

Ford CEO @Jim Farley announced on Wednesday that the automaker produced its 150,000th Mustang Mach-E, ahead of the company’s plans to expand into as many as 37 countries in 2023.

The post accompanied a photo of the assembly team posing with the 150,000th unit, as shown at Ford’s Cuatutitlán, Mexico factory. The news also comes ahead of estimates that Ford will produce 600,000 electric vehicles (EVs) by the end of 2023, though it’s not yet clear which markets the vehicle plans to expand into.

Earlier this year, Ford CFO John Lawler announced that inflation had cut into the Mach-E’s profits, though it had not stunted demand for the vehicle.

Ford also had to halt sales of the Mustang Mach-E briefly in June, due to a safety issue that affected around 49,000 of its EVs. Upon re-opening orders for the Mustang Mach-E, Ford had raised the price by about $8,000 on average.

The Mach-E rival from Tesla, the Model Y, continues to churn out in record numbers and is on pace to become the world’s best-selling vehicle of any kind.

The Ford Mustang Mach-E also beat out the Tesla Model 3 on the Consumer Reports top EV index, with the vehicle apparently showing high levels of reliability with its buyers.