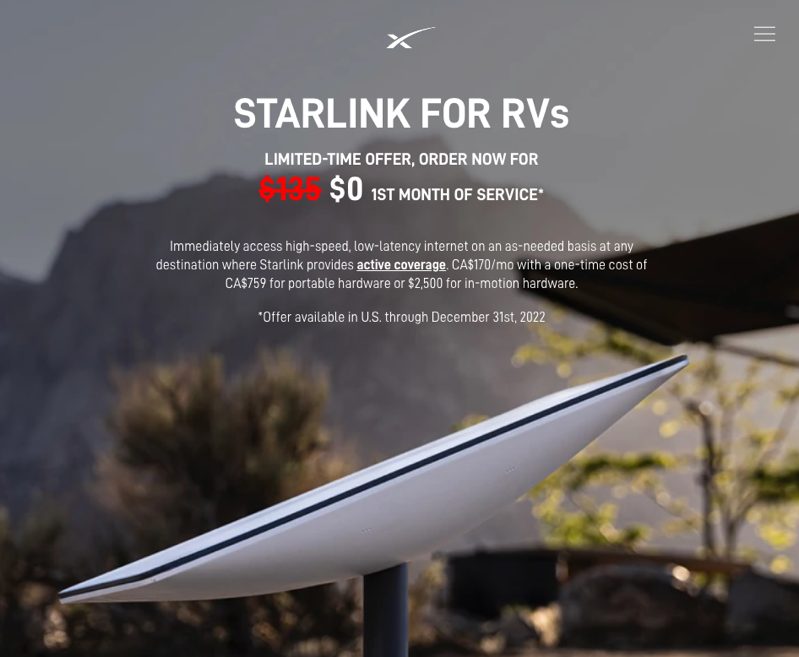 SpaceX has launched a new promo for its RV service, offering up the first month of service for free, for U.S. customers.

The “limited-time offer” says instead of paying the regular monthly rate of $135 USD per month, U.S. customers can get their first month of service for free. The offer is available now in the U.S. through December 31, 2022, as spotted by Tesla North reader and Starlink user, Nathan Owens. 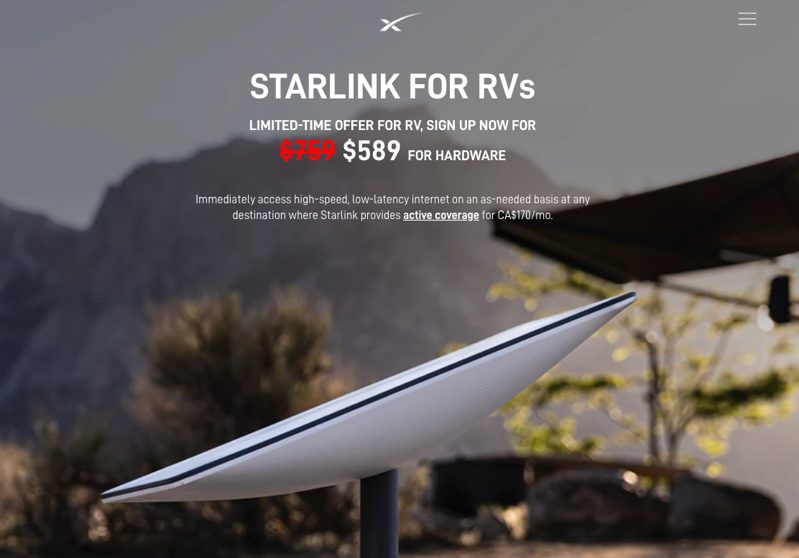 The discounts come ahead of Black Friday and Cyber Monday sales in both the U.S. and Canada. Starlink for RVs launched back in May and “is ideal for customers travelling to locations where connectivity has been unreliable or completely unavailable.” The service originally launched with a free service trial for 30 days but it appears to have returned.

Starlink, SpaceX’s low-Earth orbit satellite internet service, is offering increased internet access in many rural regions where residents do not currently have stable connectivity, and the company has just become operational in one new island country. SpaceX’s Starlink satellite internet is now available in Haiti, as the company has officially been registered as “Starlink Haiti […]
Peter McGuthrie
7 hours ago