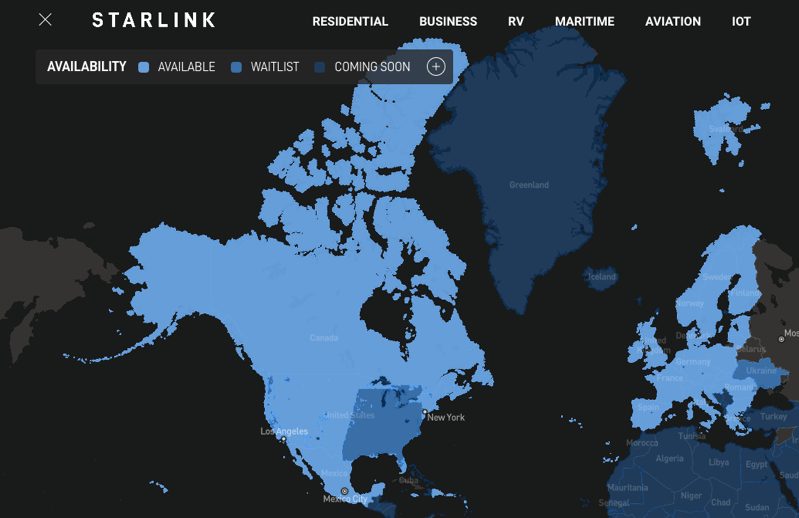 On the weekend we told you SpaceX had expanded Starlink to all of Canada, Norway and Sweden. On Monday, SpaceX confirmed what we reported, announcing Starlink had again expanded its coverage.

SpaceX just announced under an hour ago that Starlink “is now available across all of Alaska and Canada,” directing users to the updated coverage map that now shows all of these areas in light blue, denoting “available”.

“Now also serving Finland, in addition to expanding coverage across all of Sweden and Norway”, said SpaceX in a follow-up tweet.

And it looks awesome there 🤩😁 this is in Northern Canada! @elonmusk pic.twitter.com/KEgvaqQgYh

These Starlink updates mean prospective customers in these areas can now enter in their address and order a Starlink kit. For areas in the far north, previous connectivity is from legacy satellite internet operators, offering slow and expensive service. Starlink brings high-speed internet from a growing satellite constellation in lower-Earth orbit, offering fast downloads and low latency required for video calls and online gaming.

Are you going to order Starlink today now that coverage has expanded?

Starlink, SpaceX’s low-Earth orbit satellite internet service, is offering increased internet access in many rural regions where residents do not currently have stable connectivity, and the company has just become operational in one new island country. SpaceX’s Starlink satellite internet is now available in Haiti, as the company has officially been registered as “Starlink Haiti […]
Peter McGuthrie
15 hours ago