SpaceX Starlink Expands to All of Canada, Norway, Sweden 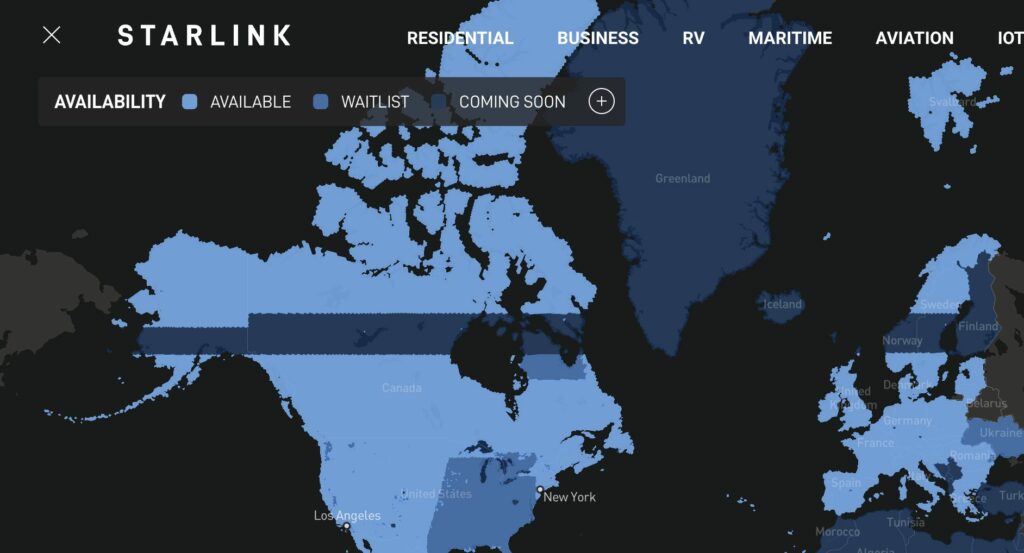 After SpaceX Starlink expanded coverage to all of Alaska, it’s now also clear that the satellite internet service now covers all of Canada, Norway and Sweden.

Earlier this month, Starlink expanded to northern parts of Alaska and Canada, Sweden, Japan and more. Now, as spotted by Tesla North reader Nathan Owens, addresses that previously saw Starlink service as unavailable in Canada, Norway and Sweden all have coverage.

SpaceX will likely update its coverage map to show that all of these countries now have full Starlink service. For example, an address entered for the Northwest Territories in Canada now shows Starlink is available; the same goes for Sundsvall, Sweden for example and also Trondheim, Norway. Prospective customers can now place their orders online for a Starlink kit.

Currently, the map shows areas that are still noted as “coming soon”.

Expanding Starlink to remote areas opens up new possibilities such as live-streaming video calls and more. It allows for those previously using slow and expensive internet to now connect to the web and watch streaming video services, play online gaming, conduct business and more.

For users in Canada and the U.S. SpaceX is set to launch a new fair use data policy on December 1, a one-terabyte data cap for residential customers.

SpaceX had targeted November 18 for its next 52-satellite Starlink launch but had to stand down after a static fire, adding a new target launch date would soon be announced.

Standing down from tomorrow's launch of Starlink to take a closer look at data from static fire; will announce a new target launch date once confirmed