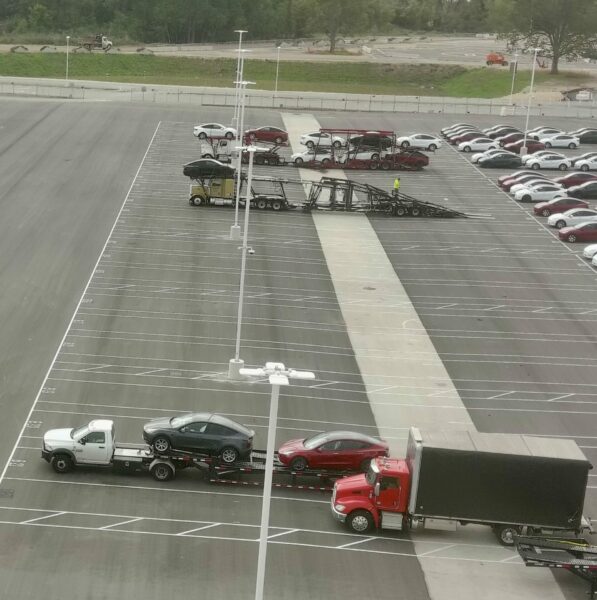 Drone pilot @Jeff Roberts spotted a newly built Tesla Model Y at Giga Texas in a photo shared this week, which @Joe Tegtmeyer noted was one of the first Texas-built Model Y units with a white interior, pointing out the Midnight Silver Metallic on the trailer.

The gray Model Y was seen on a truck in front of a red Model 3. You can also see a handful of other Model Y units aboard a truck and both Model 3 and Y units parked in the parking lot in the photo’s background.

You can check the full video below from Roberts:

The news comes just a week after Tesla surpassed 20,000 Model Y units being built at Giga Texas, after the company had reached 10,000 of the electric SUV produced in September.

This means that Tesla’s Giga Texas produced roughly 10,000 Model Y units in about six weeks between September and October, signifying that the company is well on its way to ramping up production at the Austin factory.

The news also comes as Tesla prepares to begin producing the Cybertruck at Giga Texas in 2023, with new prototypes recently spotted and shared in one of Tegtmeyer’s drone videos.