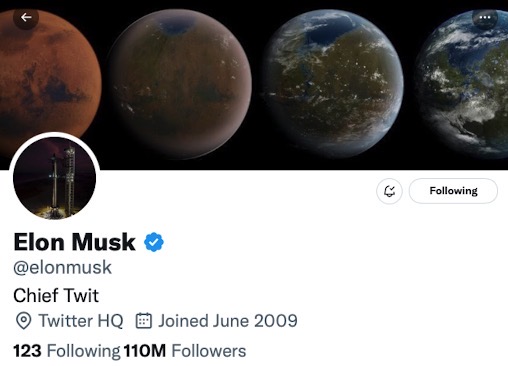 After entering Twitter headquarters yesterday literally with a sink, and today penning a letter to advertisers on the social network, Elon Musk has not wasted any time in diagnosing what needs to be done at the company he just purchased.

According to Bloomberg, Musk has already asked Tesla engineers to meet with Twitter product leaders to examine the latter’s code, citing unnamed sources.

Sources say earlier today, Tesla engineers were shown Twitter’s source code, to then examine and report back their findings to Musk about what needs to be changed.

With the Twitter deal set to close on Friday, the code of the social network can no longer be altered, say sources. A similar freeze on code changes was also implemented back in April, when the Musk-Twitter deal was first announced.

Musk previously stated the purchase of Twitter would accelerate the creation of the ‘everything’ app known as X, which many suspect would be the equivalent of China’s WeChat.

Tesla has changed its estimated delivery times on all models in China, with the order configurator page now saying all Model 3 and Y trims will be delivered in “December 2022” (via @Tslachan). Previously, each trim and model displayed one to five weeks for estimated delivery. The change comes as Tesla seemingly pivots to focus […]
Peter McGuthrie
13 mins ago

Long-term vehicle rental service Autonomy has launched an end-of-year sale that lets users subscribe to a Tesla Model 3 for what it is calling the “lowest price anywhere” for the electric sedan. Customers need to put down a $3,000 deposit and then pay $450 per month for the first 12 months, said Autonomy earlier this […]
Peter McGuthrie
60 mins ago