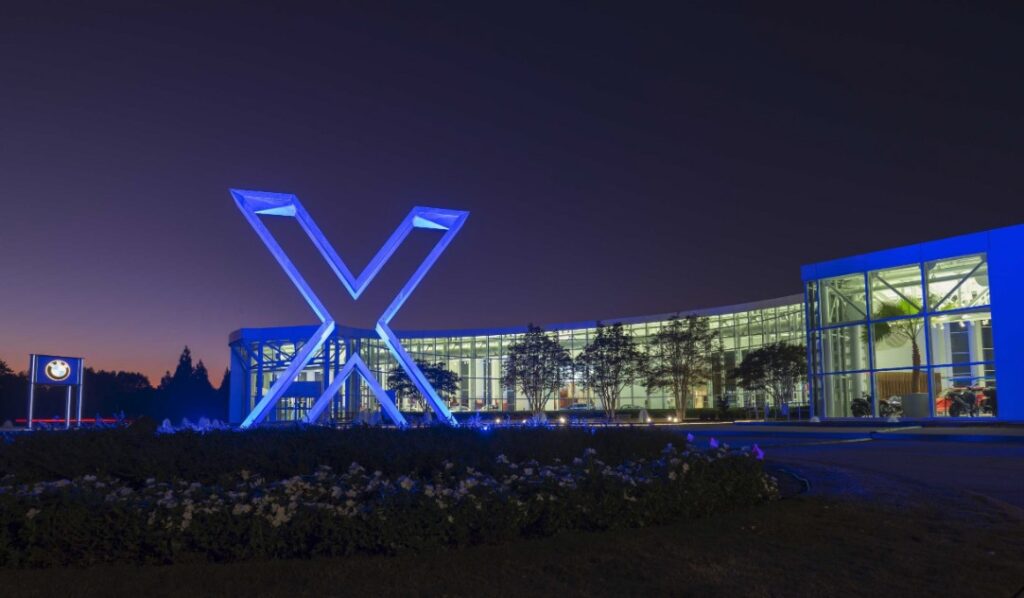 BMW is investing $1.7 billion into U.S. operations at its Spartanburg, South Carolina plant, according to a press release shared on Wednesday by the automaker.

“For decades, Plant Spartanburg has been a cornerstone of the global success of the BMW Group,” said BMW CEO Oliver Zipse. “The home of the BMW X models that are so popular all over the world. Going forward, it will also be a major driver for our electrification strategy, and we will produce at least six fully electric BMW X models here by 2030.”

Production of the all-new hybrid-electric BMW XM will begin later this year at Spartanburg, says the automaker.

The news supports BMW’s plans to build at least six fully-electric vehicles in the U.S. by 2030. The automaker is also partnering with Envision AESC on the construction of the battery cell factory, which will be used to supply the Spartanburg facility and is expected to have an annual capacity of 30 GWh.

Envision AESC has developed round lithium-ion battery cells specifically for BMW, set to be used in the company’s EVs.

BMW is also investing over $1 billion into its Steyr, Austria plant, and the automaker has said that its EVs will be as profitable as gas cars by 2025.

BMW is asking its existing supplier network to make parts for its upcoming electric vehicles (EVs) factory in Spartanburg County, South Carolina, and the project is being led by twenty-year veteran Joachim Post, as Automotive News reports. Post is the company’s head of procurement and supply chain, and he’s been tasked with ensuring 30 million […]
Peter McGuthrie
4 weeks ago

Electric vehicles (EVs) are gaining traction, with many major automakers announcing huge investments to outfit production facilities for electrification. BMW announced plans to invest one billion euros ($1.05 billion USD) by 2030 into its Steyr, Austria car assembly plant, for the development and production of next-generation EV powertrains, according to a statement from the automaker […]
Peter McGuthrie
5 months ago