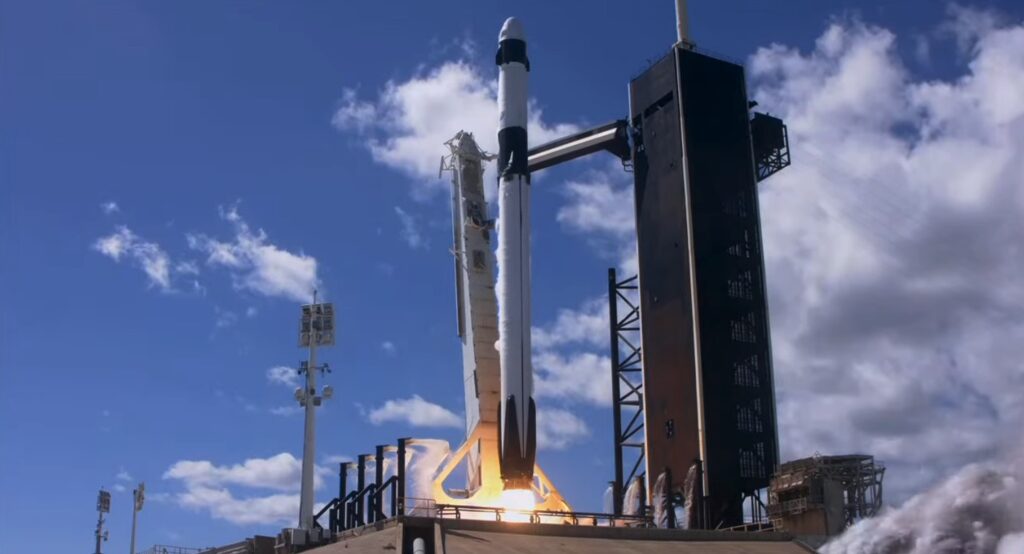 After SpaceX confirmed that everything looked good for the Crew-5 Mission launch this week, the company has officially completed the launch.

SpaceX’s Falcon 9 on Wednesday launched from Launch Complex 39A (LC-39A) at NASA’s Kennedy Space Center in Florida, with its Dragon spaceship atop the rocket. This Dragon spacecraft previously flew Crew-3 to the space station.

The first stage of Falcon 9 separated successfully and self-landed on the drone ship Just Read the Instructions stationed in the Atlantic Ocean. This was the maiden flight for the Falcon 9 booster B1077.

SpaceX also followed up in the thread with a flight profile of Dragon and Crew-5 in their travels to the International Space Station (ISS), depicting a subtle spiral and a lap around the Earth before Dragon docks with the ISS.

The four astronauts will remain on the space station for about six months and will join seven other astronauts already on the ISS for the Expedition 68 mission.

Additionally, Crew-4 astronauts will take the Dragon spacecraft back to Earth after a six-month research and cargo supply mission at the ISS.

Earlier this week, reports showed that SpaceX is also upgrading a secondary launchpad at the Kennedy Space Center in Cape Canaveral, Florida.

Check out the launch replay below:

Image credit: u/MRizkBV Last month, SpaceX obtained a license in Qatar to offer its satellite internet service in the Middle Eastern nation, ahead of the current World Cup being hosted in the country. Now, we see SpaceX has debuted an on-street demo of Starlink, operating a trailer showcasing the satellite internet service’s capabilities. You can […]
Sarah Lee-Jones
6 hours ago