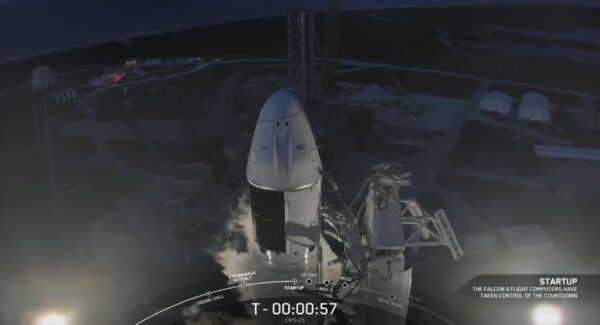 Ahead of the Crew-5 Mission launch this week, SpaceX is looking to upgrade a secondary pad at the Cape Canaveral launch site.

SpaceX is planning upgrades on another launchpad at Kennedy Space Center to be used as a backup for future cargo and crew missions, as reported by Space News.

The news comes as SpaceX and NASA prepare to launch the Crew-5 Mission to the International Space Station. The launch, set to take place on Wednesday or Thursday this week, will carry astronauts Nicole Mann, Josh Cassada, Koichi Wakata and Anna Kikina to the ISS for about six months.

The upcoming launch is set to take place at LC-39A, though preparations for upgrades will take place at SLC-40 for cargo and crew launches.

“We’ve already started the work to begin the preparations for pad 40. We’ve ordered some hardware, put some contracts into place,” said Bill Gerstenmaier, SpaceX VP of Build and Flight Reliability.

On what upgrades will be made, Gerstenmaier only provided a few details.

“We’ll do cargo first. We can do that fairly easily. It gives us some flexibility to move some things off 39A, which helps us balance launches off both pads. We’ll add crew at the right time.”

As SpaceX continues launching Starlink satellites into its orbital constellation, the company is also making the low-Earth orbit (LEO) broadband service available in some of the world’s most remote locations. @SpaceX announced on Tuesday that its Starlink satellite internet has become operational in two of the world’s most remote locations: Pitcairn Island and Easter Island. […]
Peter McGuthrie
4 days ago