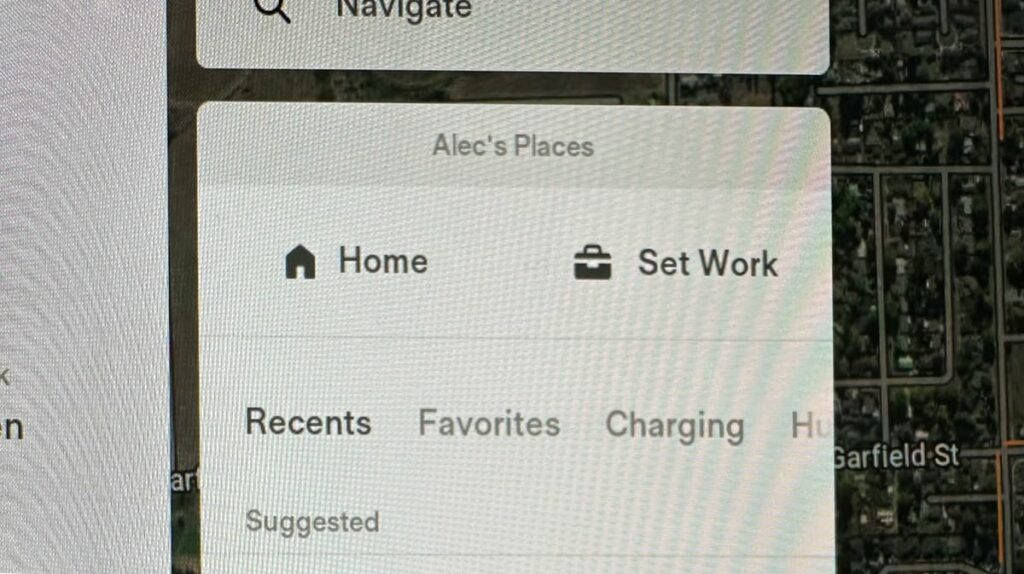 With Tesla’s regular software updates come gradual improvements, and one new version builds off of the automaker’s recently improved navigation system in its vehicles.

Tesla added suggested destinations in its software update version 2022.28.2, as detailed in a report on Wednesday from Not a Tesla App.

In the report, the publication notes a user named Randall in this Tesla Discord channel, who first spotted the feature.

One of Randall’s suggestions was a regular spot of his, though it only showed the destination’s address and not the name of the establishment.

Not a Tesla App adds that Tesla could be using AI of some sort to select suggestions for the driver, perhaps even including factors such as past times visiting a given location, day of the week, time of use and your vehicle’s location, among others still.

In past statements, CEO Elon Musk has noted that any user input includes the possibility for error, so by minimizing the need for this, Tesla could be trying to rely less on user input and more on the vehicle’s software.

Yesterday, a further rollout of 2022.28.2 started to release for Tesla vehicles. What sort of suggested destinations are you seeing right now?