Tesla Increasing Price of Full Self-Driving to $15,000 in September 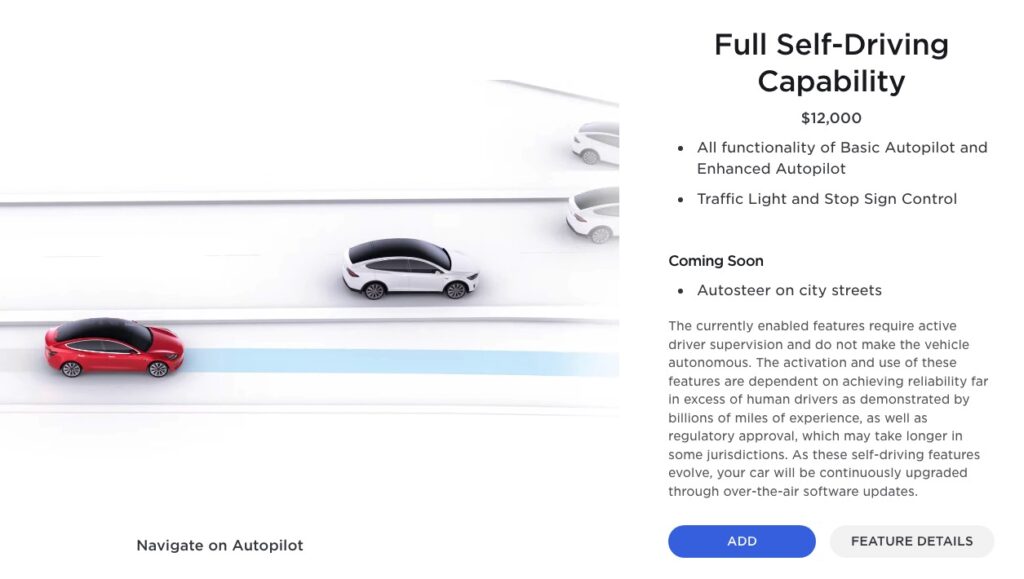 After releasing Full Self-Driving (FSD) beta 10.69 to employees and some beta testers late on Saturday evening, Tesla CEO Elon Musk announced on Sunday the price of the software feature is going up next month.

“After wide release of FSD Beta 10.69.2, price of FSD will rise to $15k in North America on September 5th,” said Musk. “Current price will be honored for orders made before Sept 5th, but delivered later,” he added.

Musk said customers can upgrade their existing cars to FSD “in 2 [minutes] via the Tesla app.”

Current price will be honored for orders made before Sept 5th, but delivered later.

It’s unclear if Tesla plans to have the price of $15,000 apply to both the U.S. and Canada. Currently, FSD costs $12,000 USD in the U.S. and $12,800 CAD in Canada. This suggests that Canadian pricing may be slightly higher in local currency.

“FSD Beta 10.69 started rolling out to Tesla owners last night. This build is a big step forward!”, said Musk earlier today. “10.69.1 probably end of week with wider release,” then added, “[10.69.2] in a few weeks should be good enough to provide to all FSD Beta participants.”

Are you going to order a Tesla today or FSD to lock in the current price of $12,000 USD?