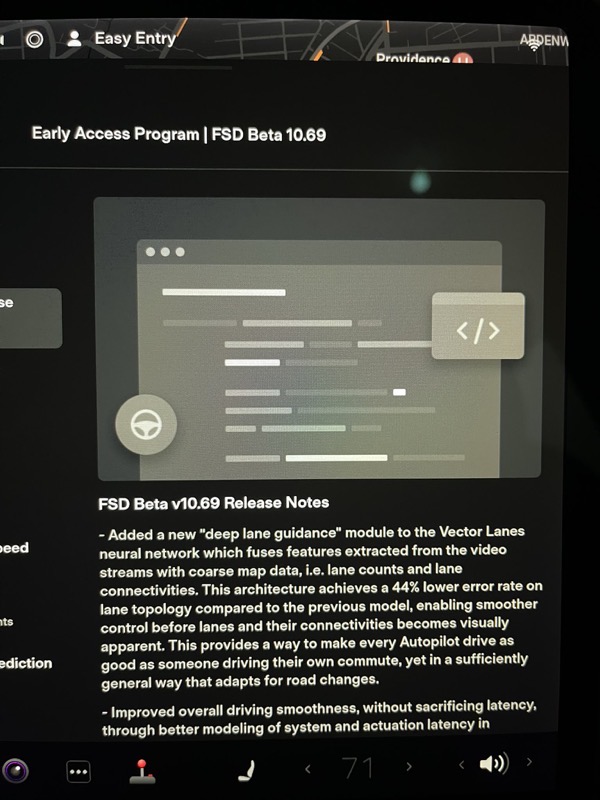 Check out the FSD beta 10.69 release notes below we have transcribed for you below:

Also, FSD beta 10.69 has started to hit non-employee vehicles, as shared by @BLKMDL3 and @WholeMarsBlog.