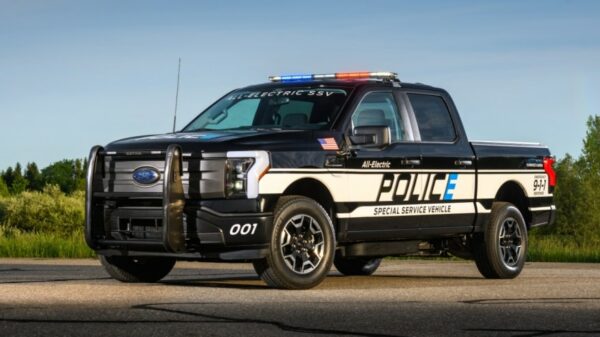 As several police departments add Tesla’s electric vehicles (EVs) to their fleets, Ford has officially released a purpose-built electric pickup for use as police cruisers.

Oscarson continued, “Pro Power Onboard can serve as a mobile power source2 to light up evening accident scenes on the highway, the electric powertrain helps to potentially reduce costs associated with fuel and scheduled maintenance needs3 and the Mega Power Frunk provides extra lockable storage on top of purpose-built police additions our customers have come to expect from the leader in police vehicles.”

It’s not yet clear when the F-150 Lightning Pro SSV will begin delivering to customers or what its pricing is, though Ford says more details about the vehicle, including its range, will be released later this summer.