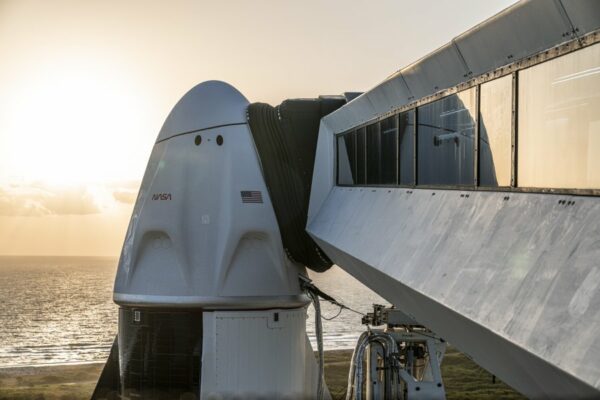 After SpaceX and NASA planned for its next Crew mission to take off next month, the Falcon 9 first-stage booster was damaged in transport, causing a new delay.

SpaceX and NASA are delaying the launch of the Crew-5 mission to the International Space Station (ISS), to let ground teams replace an interstage on the Falcon 9 booster, according to a report from Spaceflight Now.

While the original flight was set for early September, the crew will now prepare for takeoff on September 29 — if not later.

The Falcon 9 booster struck a bridge during a trip from SpaceX’s Hawthorne, California factory to its test site in McGregor, Texas, causing damage to the rocket’s interstage hardware.

In a statement, NASA said, “SpaceX is removing and replacing the rocket’s interstage and some onboard instrumentation after the hardware was damaged during transport from SpaceX’s production factory in Hawthorne, California, to the company’s McGregor test facility in Texas for stage testing.”

SpaceX’s Dragon spacecraft launched a resupply mission to the ISS earlier this month, with the company also performing an autonomous docking procedure on the station.

SpaceX also set a new record with its most recent Starlink satellite launch for most launches in a year, marking 2022’s 32nd SpaceX launch.