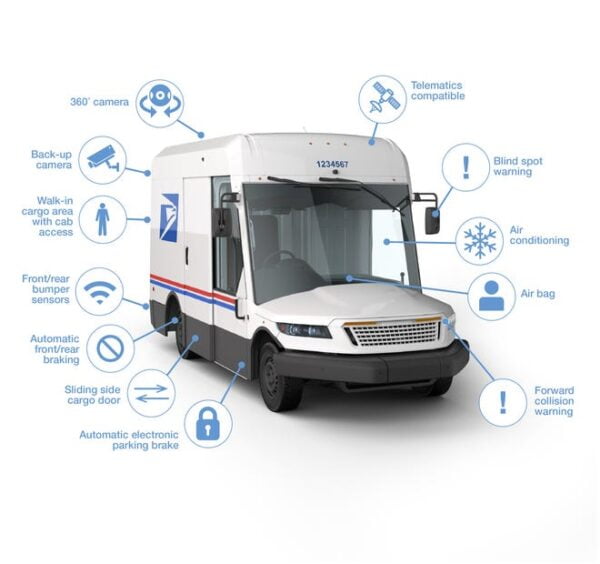 After reports of the Postal Service going electric were nixed earlier this year, the U.S. agency has said it will, in fact, spend money to replace an old fleet.

The U.S. Postal Service said on Wednesday it plans to purchase 25,000 or more electric vehicles (EVs), a figure more than double its original estimate, according to a report from Reuters shared on Thursday.

USPS said the order of 25,000 units will come from an initial order of 50,000 next-generation delivery vehicles from Oshkosh Defense.

While the USPS initially planned to buy about 10,019 EVs set for a 2023 delivery, representing about 20 percent of the order, the company is also looking to purchase 34,500 off-the-shelf delivery vehicles, set for purchase over a two-year period.

The USPS says it wants to buy as many as 20,000 left-hand drive Commercial off-the-shelf vehicles, “including as many BEVs as are commercially available and consistent with our delivery profile,” in addition to 14,500 gas-powered right-hand drive vehicles.

In a statement, the USPS said it will “also need to make significant investment in the repair of over 50,000 aging” delivery vehicles “each year to continue extending their useful life, despite the significant operational risk, considerable maintenance costs, and the higher emissions of greenhouse gases.”

In March, the USPS said it planned a $2.98 billion order, though the agency is looking to raise the number of EVs according to its environmental impact statement.