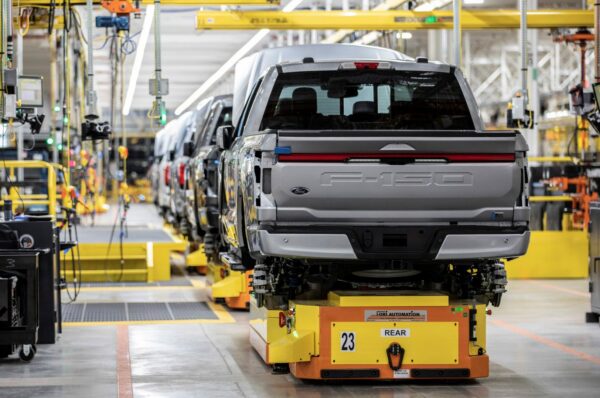 General Motors (GM) and Ford have asked a U.S. regulator to exempt them from a law prohibiting self-driving vehicles without steering wheels.

On Wednesday, the National Highway Traffic Safety Administration (NHTSA) published three petitions from Ford and GM on the matter, opening them to public comment for the 30 days, according to Automotive News.

Each automaker is looking to deploy as many as 2,500 vehicles without steering wheels per year, though neither is seeking approval to sell these vehicles to consumers.

GM’s vehicle is planned to go without a steering wheel, pedals, manual turn signals and mirrors.

Ford, on the other hand, is hoping to deploy vehicles with an automated system to command braking, accelerating and steering.

In the past, Ford has said it plans to establish and share a self-driving hailing and delivery service, expected to debut early in this decade.

GM subsidiary Cruise is already approved to begin offering paid robotaxi rides in San Francisco, thought to be a major step in the direction of autonomous ride-hailing.

Ford owns Argo self-driving and has already made plans to launch a delivery service for Walmart using the self-driving vehicles.

Consumer Reports has rated Ford BlueCruise as its top-rated driver’s assistance system, topping the publication’s last-year pick of GM’s Super Cruise and the Tesla Autopilot system, which has fallen further behind in the rankings over the past few years. The pick also pushed Tesla’s Autopilot toward the middle of the pack, with the outlet saying […]
Peter McGuthrie
3 days ago

Ford may be talking with Chinese automaker BYD about selling its Saarlouis, Germany plant, according to sources familiar with the matter in a report from The Wall Street Journal. Officials at Ford will head to China next week to talk about the potential sale of the German plant, which is currently planning to stop producing […]
Peter McGuthrie
4 days ago