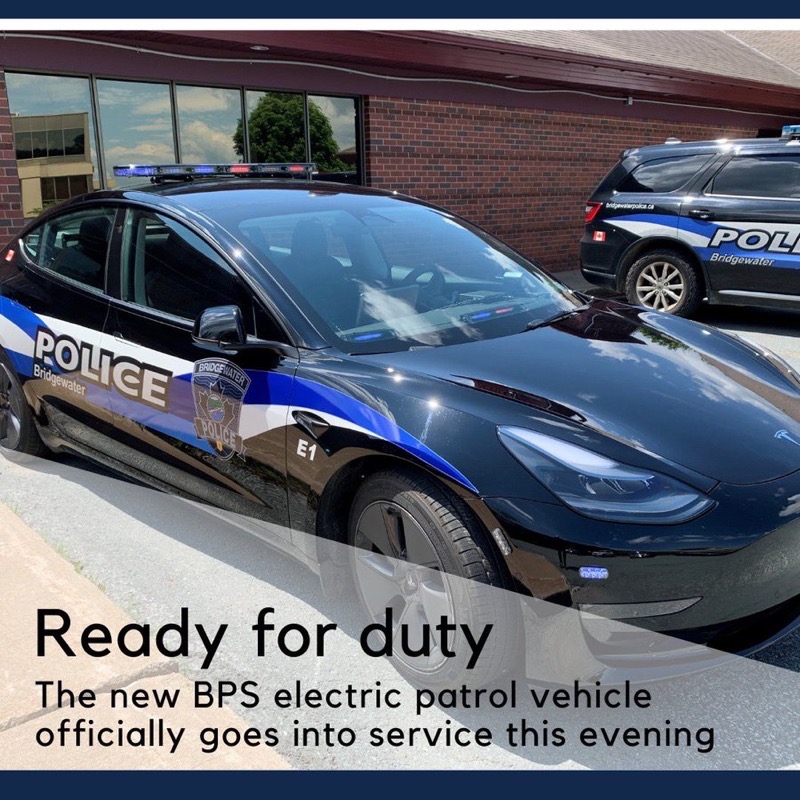 The town’s council approved the Model 3 Long Range was purchase back in February of this year, for $72,207.

“BPS wishes to extend a huge “Thank you!” to Code 3 and its rep, Greg Jordan, for the diligent work to get the Tesla fully outfitted with all the required emergency equipment to ensure it’s ready for duty,” said Bridgewater Police on Thursday.

Back in February, Mayor David Mitchell said the town could save around $5,000 a year compared to a gas vehicle, and expects and save up to $25,000 if the Tesla is in operation for five years. With gas prices at near all-time highs, the time for an electric vehicle is now and should save the town even more.

Numerous police departments in the U.S. and worldwide continue to electrify their fleets to reduce carbon emissions and also gain in gas savings.

The Westshore RCMP in Langford on Vancouver Island in B.C. announced in March they would be adding a Tesla Model Y to their patrol fleet.

Over 7,000 Tesla Vehicles Set to Be Shipped from Luchao Port in China [VIDEO]