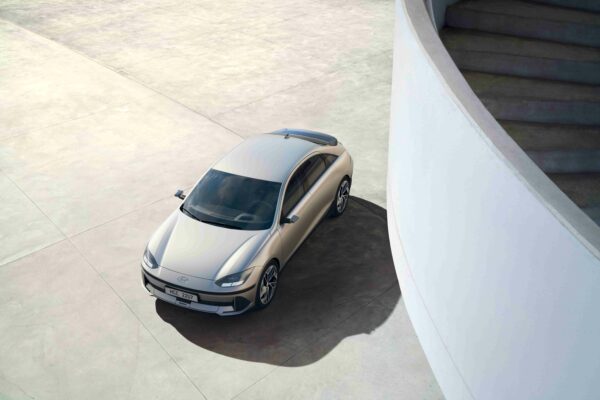 After Hyundai unveiled the IONIQ 6 EV design last month, the automaker has officially launched the electric vehicle (EV) in a new digital event.

Hyundai has officially launched the IONIQ 6 electric sedan, as seen in a digital world premiere event shared in a press release by the automaker on Wednesday.

The EV includes a 77.4kWh battery and is rated by the Worldwide Harmonized Light-Duty Vehicle Test Procedure (WLTP) for more than 610 km (379 miles) per charge.

Hyundai is set to begin production on the IONIQ 6 in Q3 2022, with the market launch schedule to be announced after that.

Hyundai President and CEO Jaehoon Chang said, “IONIQ 6 is the next ambitious step forward in Hyundai Motor’s strategy to accelerate its transition to electrification and into a position as a global leader in EVs. The IONIQ 6 Electrified Streamliner will provide a unique and distinctive experience for drivers and passengers, optimized in every way to redefine electric mobility.”

The Hyundai IONIQ 6 is also set to include a driver assistance option as well as other digitally-focused features, and it will be available in 12 different colors.

In May, a report showed that Hyundai was planning to spend as much as $7 billion on a new EV plant in Georgia.

You can watch Hyundai’s launch event video for the IONIQ 6 here.

You can check out the first look videos with the IONIQ 6 below: