New photos of the Cadillac Celestiq have arrived, showing off far more angles of the electric vehicle’s (EV’s) interior and exterior than before, according to a report from Auto Blog.

The photos show taillights on both the top and the bottom of the vehicle, with LED lighting slanted around the back corners of the vehicle in a unique pattern. The Celestiq also includes a slightly sloped roofline and a light-up Cadillac logo on the very rear of the EV’s exterior.

On the inside, we can see a deep red leather covering most of the vehicle’s interior along with an impressive amount of touchscreen space. The Cadillac Celestiq also includes about four entertainment screens, two on the back of the middle headrests and two in between the front and middle rows of seats, in addition to the dashboard screen which appears to stretch from one end of the dashboard to the other.

The front screen between the driver and front passenger includes a small fingerprint scanner, as well as something called “profile syncing” which is likely similar to Tesla’s driver profiles that remember a person’s preferred settings from one car to the next. 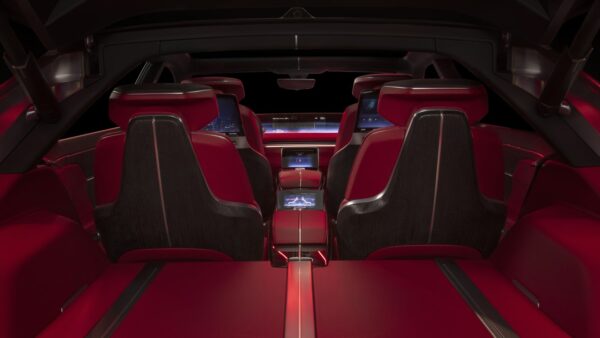 The Cadillac Celestiq EV will have a starting price of around $300,000, and Cadillac is planning to reveal a full look at the Celestiq EV on July 22.

After GMC surpassed 90,000 reservations for the electric Hummer last week, the automaker plans to officially close pre-orders for the 2023 model year vehicle. GM is set to close reservations for the Hummer EV pickup and SUV, following over 90,000 preorders, as reported by CNBC. The automaker will keep them closed for now to help […]
Peter McGuthrie
1 week ago