Tesla Takes 61% of U.S. EVs Registered in April, Followed by Ford with 8% 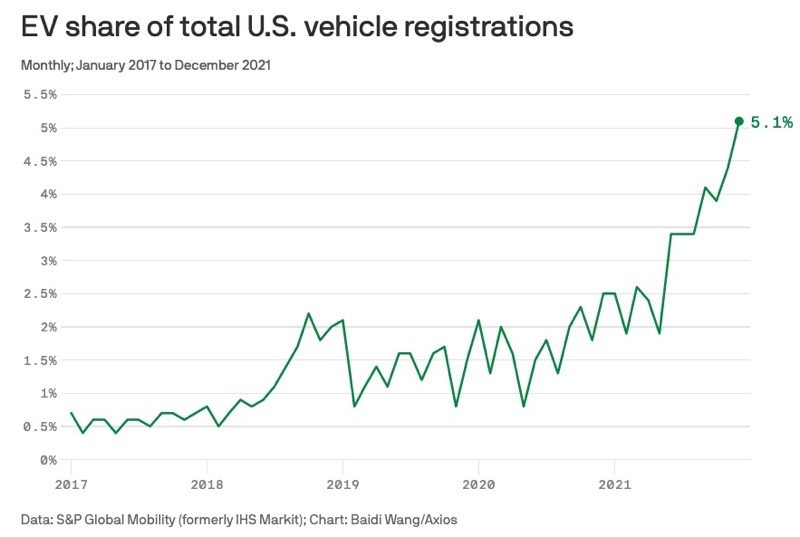 Electric vehicle sales continue to surge in the United States and beyond, amid rising gas prices. Yet automakers are unable to keep up with demand given recent chip shortages and supply chain headwinds.

Axios reports Tesla took 61% of all EVs registered in the United States in April, with the next closes being Ford at just 8%, followed by Hyundai and Kia with 6% respectively.

California has the highest rates of EV adoption, but bigger cities in the Northeast, Florida and Texas are seeing adoption rates increasing. The Midwest is seeing limited EV adoption. San Francisco, Oakland and San Jose are showing EVs are taking 20% of car registrations by area.