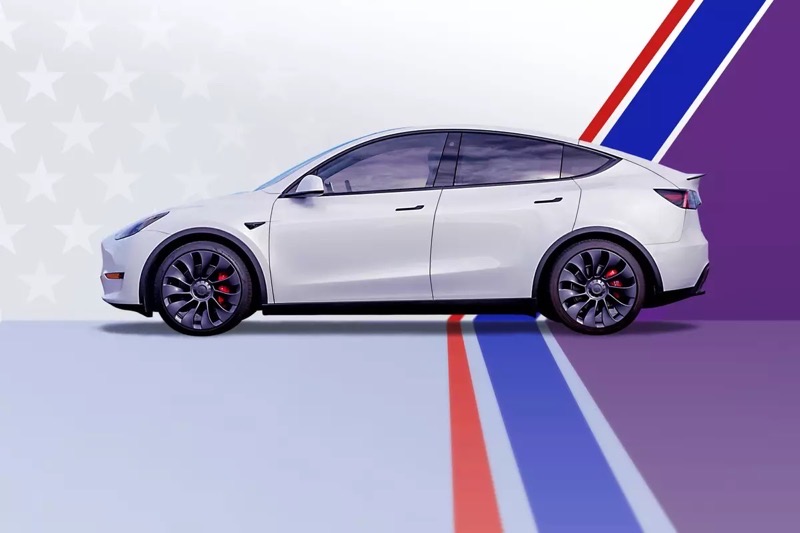 For 2022, Tesla’s Model Y takes the crown as the number one most-American made vehicle, only surpassing its sibling, the Model 3. Tesla’s Model X ranks fifth, while the Model S ranks sixth.

Tesla manufactures its Model S and Model X and Model 3 and Model Y at its Fremont plant in California, along with the Model Y also in Austin, Texas at its newest Gigafactory.

“Substantially updated versions of the Model S sedan and Model X SUV were late to arrive for 2021, which robbed them of sales data needed to meet our threshold for last year’s index. Their reappearance, coupled with the recent opening of a new plant producing Model Ys in Austin, Texas, that bolsters the company’s workforce credentials, means Tesla’s representation has never been more conspicuous,”  explained Cars.com.” 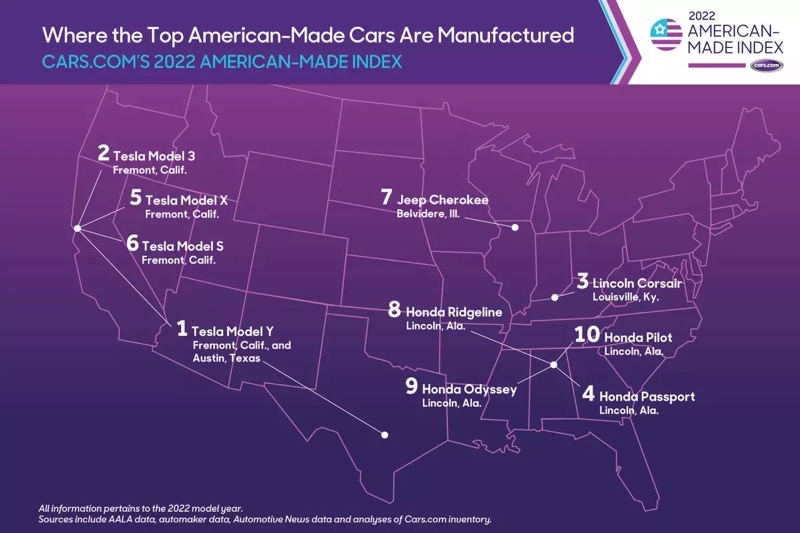 Tesla CEO Elon Musk reacted to the news to say “hardly anyone knows this”, referring to Tesla vehicles being the most-American made vehicles.

You can see the top ten vehicles out of the overall top 20 list below—the Lincoln Corsair ranked third, while the Honda Passport ranked fourth, followed by the Jeep Cherokee in seventh and three other Honda vehicles in spots 8 to 10. 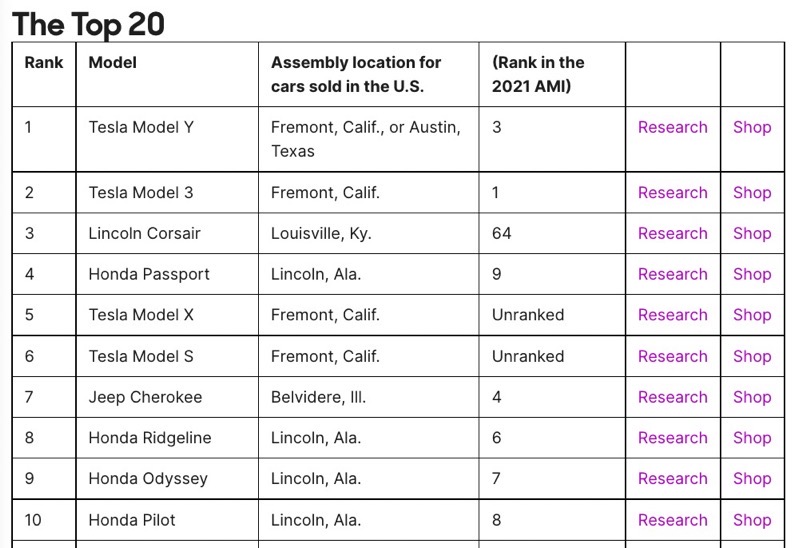