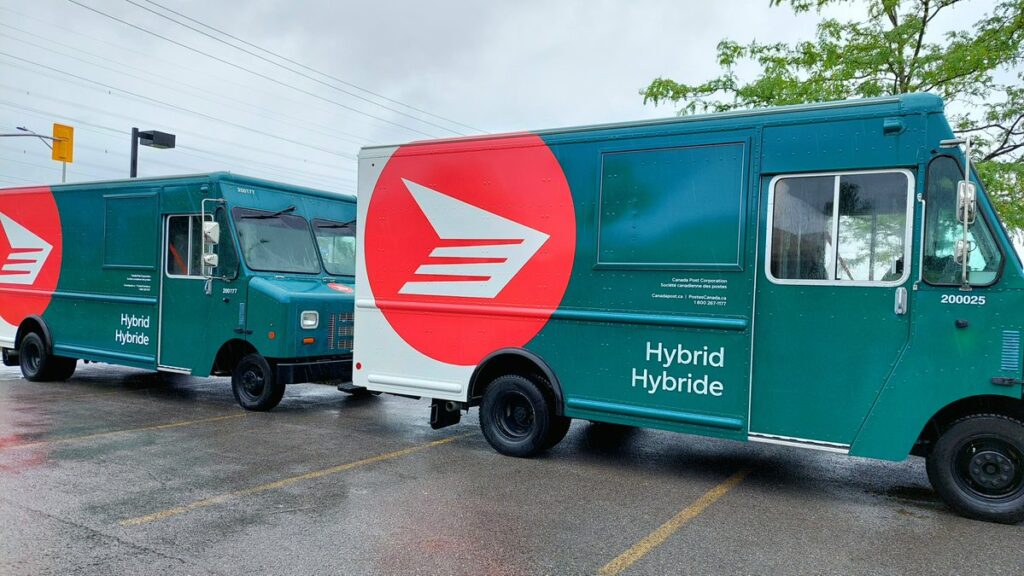 The Government of Canada’s postal service is looking to go electric, and shared its goals on Thursday about how it will reach net-zero emissions.

Canada Post has committed to acquiring as many as 14,000 fully-electric vehicles by 2040, and reaching net-zero emissions way out in 2050 (28 years from now), according to a press release shared on Thursday.

In the press release, the agency also committed to earmarking $1 billion in investments to cut emissions and electrify its fleet.

In a statement, Canada Post President and CEO Doug Ettinger said, “We have a responsibility to Canadians, and to their children and grandchildren, to help lead the way to a more sustainable future.”

Ettinger continued, “Canada Post has one of the biggest fleets in the country, over 68,000 employees, a significant real estate portfolio, and an extensive supply chain. The challenge ahead is great, and we know the greening of our transportation is critical.”

The Canada Post also said it plans to reach 50 percent electrification of its fleet by 2030.

The targets are based on the Science Based Targets initiative (SBTi), which is hoping to keep global warming to 1.5 degrees Celsius above pre-industrial levels.

While Canada’s postal service pledges to go all-electric, the United States Postal Service recently moved forward with a $6 billion gas truck order, despite a plea from the Biden administration to reconsider.

Last month, the government of Canada announced plans to 810 EV chargers in British Columbia, representing an investment of $3.54 million.

Tesla Files for 3-for-1 Stock Split