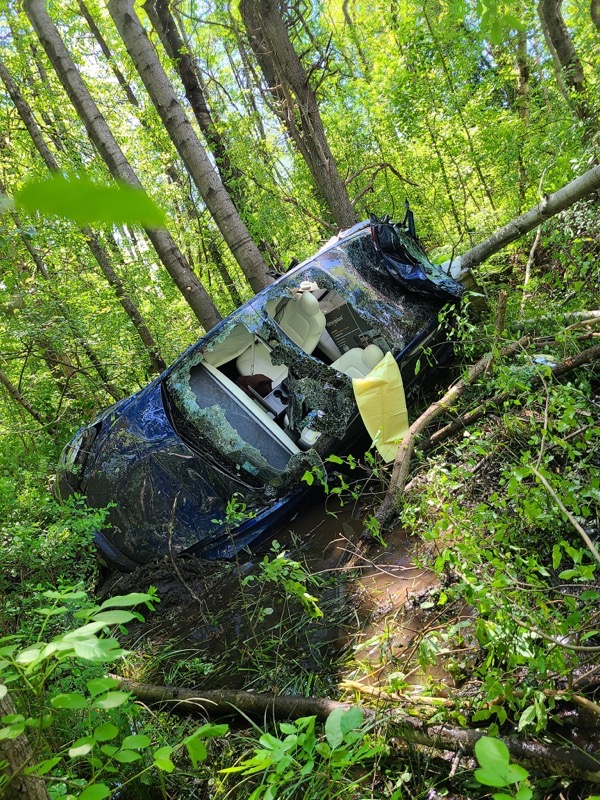 The safety provided by Tesla vehicles was on full display after a driver apparently had a medical emergency, hit the accelerator and sent their Model 3 flying through trees and down an embankment, in Olympia, Washington.

According to images shared by Black Lake Towing, we see a heavily damaged Model 3 with its glass roof and front windshield exposed. Side curtain airbags can be seen deployed, while a Whirlpool mini fridge brand new in box can be seen in the back seat.

The incident took place at Capital Mall located at 625 Black Lake Blvd SW, in the back parking lot by JC Penney and Party City. There’s an adjacent forested area in the parking lot where according to Black Lake Towing, the vehicle sped across the parking lot and collided with a tree 20 feet in the air. 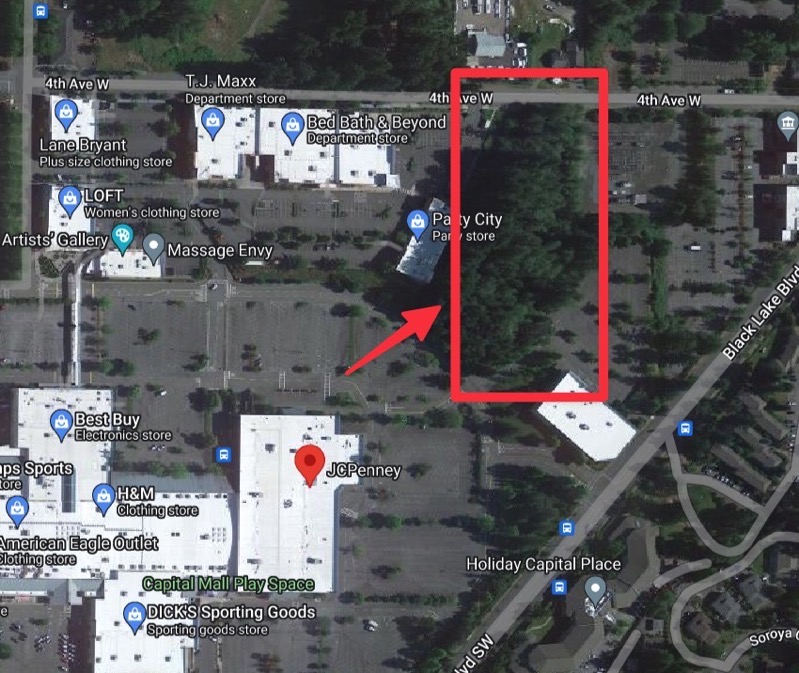 “That tree then sent the vehicle spinning through the tops of a few other trees and landing about 60’ away,” said Black Lake Towing. “We believe the vehicle traveled at least 85′ through the air before coming to rest in a swampy muddy area 150 ft from the parking lot.”

Black Lake Towing says it was told the driver suffered only minor injuries and was alert, a miraculous feat considering the damaged Model 3.

“It took about 150′ of cable and straps but we were able to snatch block the vehicle and maneuver it back and forth out of the woods without cutting any trees. We then got it out to the parking lot where we loaded it on a flat bed and delivered it to Patriot. Happy we could lend a few hands. 2022 total loss,” said the company.

Here are some more images below shared by Black Lake Towing: 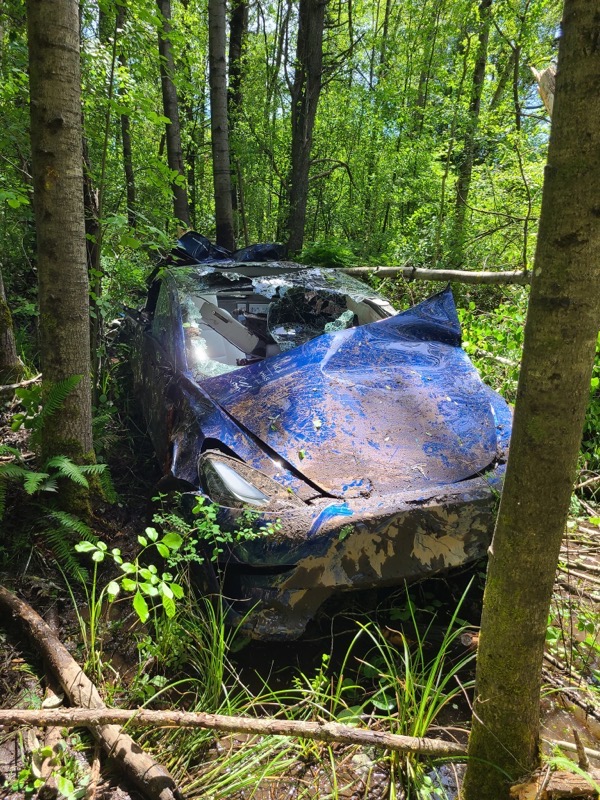 Here we see the Model 3 in a swampy area with its trunk exposed and badly damaged. A skateboard in the trunk can be seen intact: 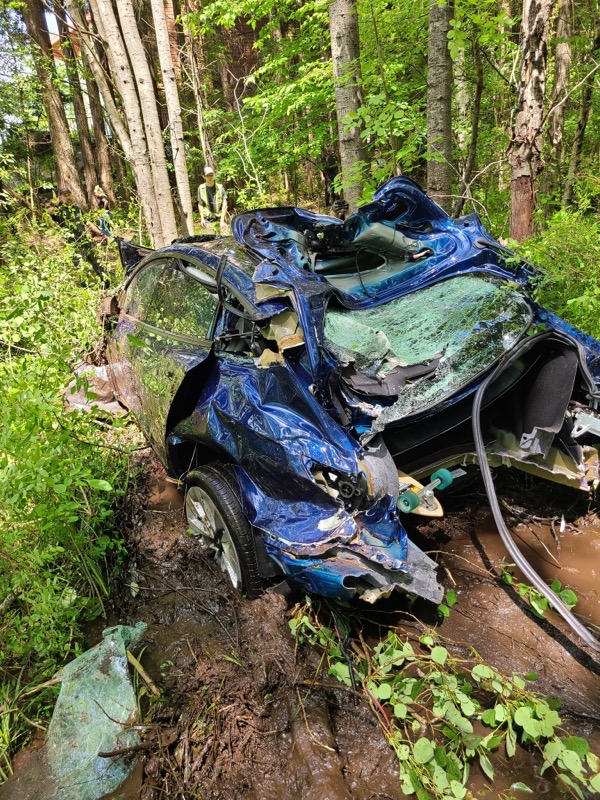 After the Model 3 was towed back to the parking lot, it offered a closer look at the damage. The Tesla’s rear looks like it was sliced away and the rear passenger wheel was missing as part of the intensive damage: 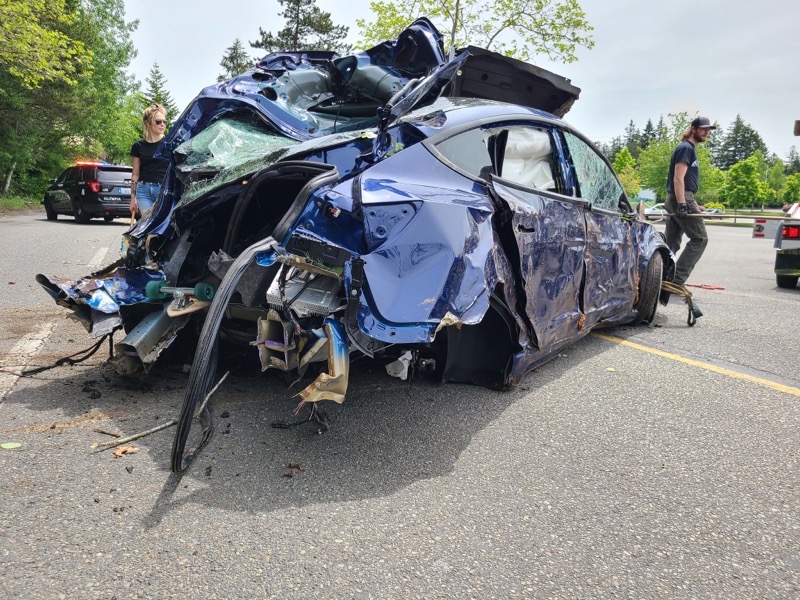 The front of the Model 3 is caked in mud, with the bumper dislodged and front hood falling apart. But the interior cabin of the electric sedan looks to be held in place, seemingly protecting the driver: 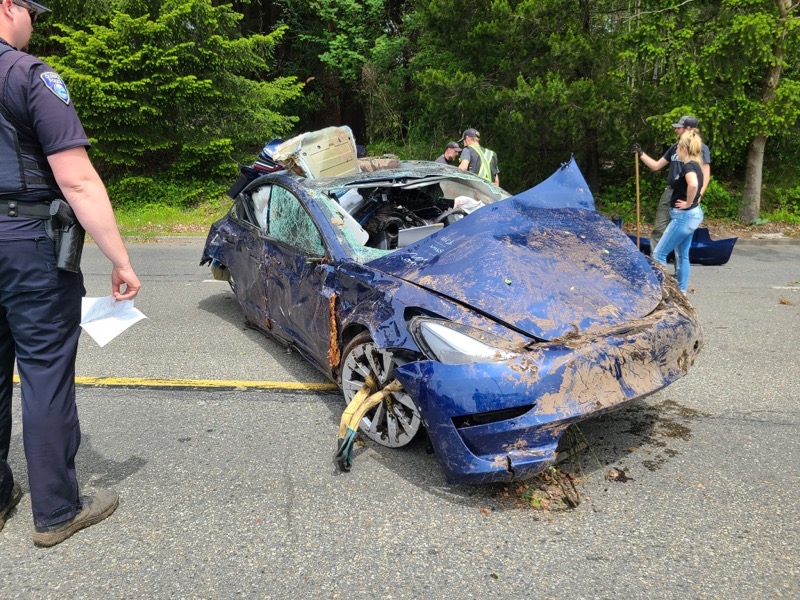 Tesla’s glass has superior strength and here’s how the automaker describes the Model 3 glass from 2019, after the Model 3 won the IIHS Top Safety Pick+ Award for that year as well:

The Institute’s results also demonstrate the exceptional strength of Model 3’s all-glass roof, which is supported by a very strong metal body structure and helps protect occupants in roll-over crashes. During testing, the car’s roof was able to successfully resist more than 20,000 pounds of force – that’s more than if we placed five Model 3s on top of the car’s roof at once. And, the roof earned a higher strength-to-weight ratio score than any other fully electric vehicle that IIHS has ever tested.

Last fall, Tesla shared some behind-the-scenes of how its engineering team comes up with its strong glass made for safety and acoustics:

Update June 9, 2022: Elon Musk replied “glad they’re ok”; the medical emergency was apparently a seizure behind the wheel, according to @kchau: