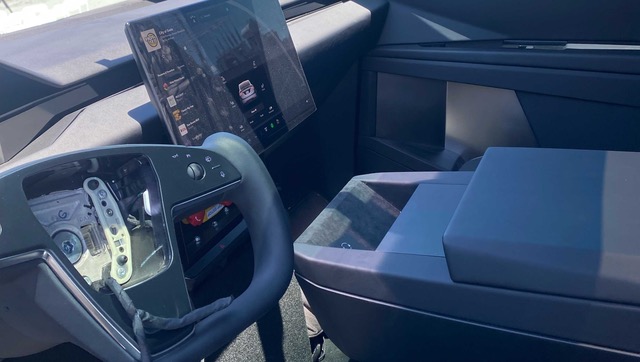 Tesla’s Cybertruck was on hand for the official opening of the Moss Landing battery system site, which went online in early April.

According to images taken by Jerrett Knapp and shared with KSBW Action News 8, we have the first look inside Tesla’s Cybertruck (via @SawyerMerritt).

First, here’s the exterior of the Cybertruck at the grand opening event, looking pretty badass: 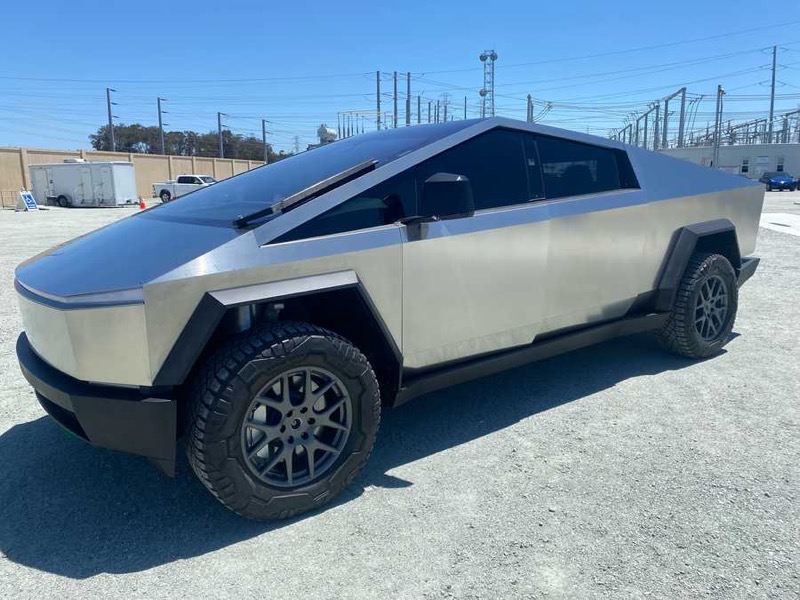 And here are pictures of the Cybertruck interior. We get to see the interior display, the center console with what looks to be two wireless charging areas for smartphones, and also the yoke steering wheel without an airbag attached. The middle area by the glass also looks not fully complete either: 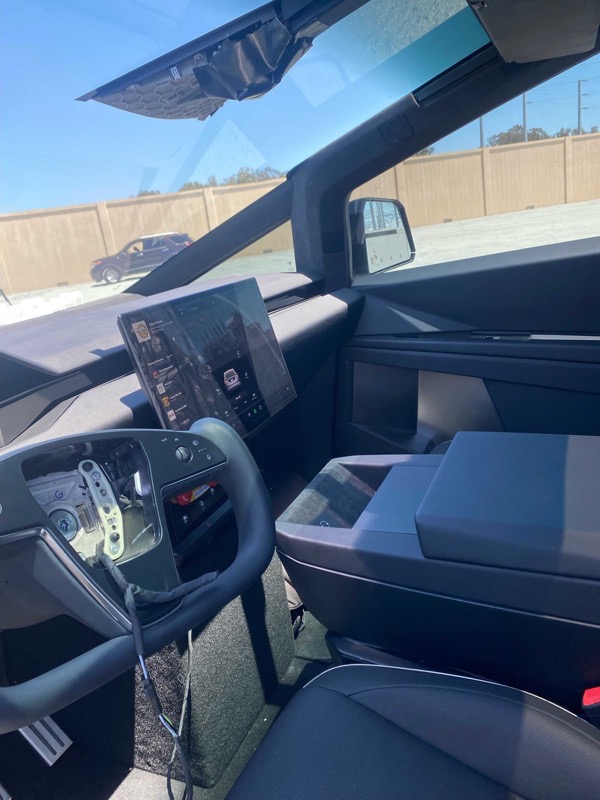 A zoomed-out picture of the Cybertruck interior shows us driver seat controls, plus the brake and accelerator pedals with metal covers. We also see a separate gauge cluster above the steering wheel. 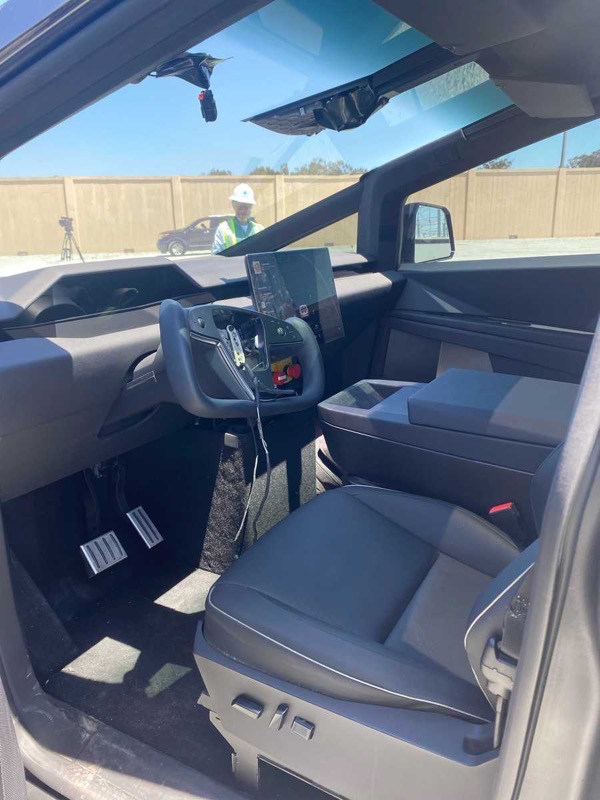 It’s unclear if this is the latest Cybertruck prototype or not, but it provides a rare glimpse inside the interior of the Cybertruck, which Elon Musk said on Monday “will be our best product ever [in my opinion]”.

It will be our best product ever imo

After Tesla ramps up production of its Model Y at Giga Texas, the company will begin production of the Cybertruck, expected to take place sometime in 2023.