Apple on Monday announced a major update to CarPlay during its Worldwide Developer Conference (WWDC) event — reports iPhone in Canada.

According to Apple, 98% of new vehicles sold in the U.S. today come with CarPlay and 79% of buyers say they wouldn’t consider purchasing a vehicle that didn’t support CarPlay.

The new release, which Apple calls “the next generation of CarPlay,” features deeper integration with a car’s hardware and real-time systems. This will allow the technology to take over every screen inside your car. 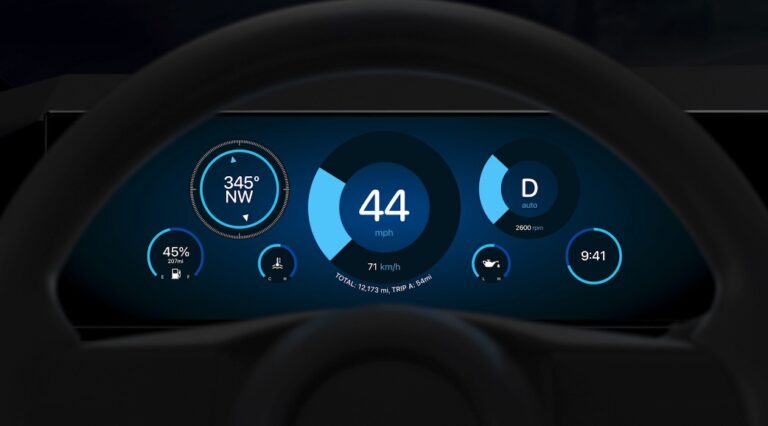 CarPlay will be able to securely access and display the speed, fuel level, temperature, and other information on a new instrument cluster. Users will also be able to personalize their dashboard with different, customizable gauge cluster designs.

In addition, the next iteration of CarPlay will allow users to do things like regulating the climate, adjusting seating, or controlling the car’s radio without ever leaving the CarPlay interface.

It’s safe to say that the next phase in CarPlay’s life cycle turns what you know as a feature that can be used to sync your iPhone to your car’s media system to take calls and shuffle through songs into essentially a complete infotainment system for vehicles.

CarPlay is designed to provide content for multiple screens within a vehicle. According to Apple, it will feel natural regardless of what car you drive as it is capable of adapting to your car’s selection and layout of screens.

We may not see a complete car from Apple anytime soon, but the tech giant is giving its software offering in the automotive space a major uplift.

“More information about the next generation of CarPlay will be shared in the future, and vehicles will start to be announced late next year,” said Apple.

The company has teamed up with several automakers to bring the next iteration of CarPlay to the next generation of cars, coming in 2023.

Polestar, which recently said CarPlay for its electric cars was in its “final development stages,” appears on the list. Other traditional automakers such as Land Rover, Mercedes-Benz, Porsche, Nissan, Ford, Lincoln, Audi, Jaguar, Acura, Volvo, Honda, Renault, and Infiniti.

Unfortunately, Tesla is not on it. CarPlay continues to remain almost a dream for Tesla owners. Almost, because there’s at least one hacky way of running CarPlay on a Tesla floating out there in the wild.