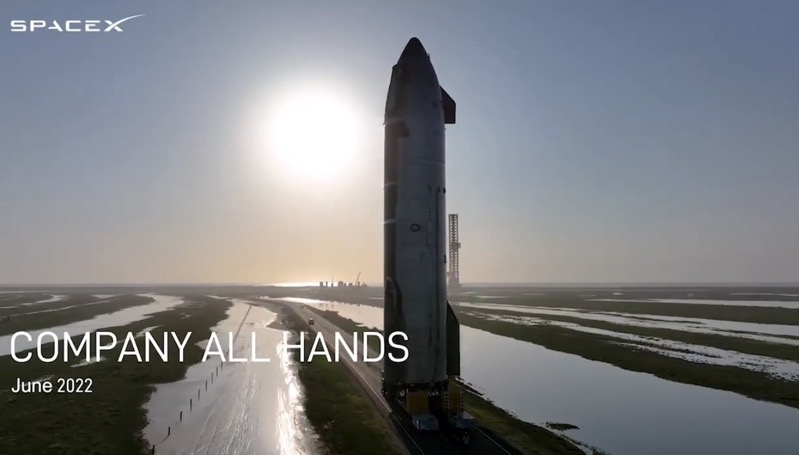 According to his Sunday morning tweet, Musk said the slide deck was from a talk he gave to employees.

The slide deck reveals the following stats from SpaceX:

The slide deck also shared renders of Starship delivering V2.0 Starlink satellites in space like a Pez dispenser, while also detailing a render of two Factories of the Future, Starbase and Cape Canaveral, as part of SpaceX’s plan to make life multiplanetary.

SpaceX is still awaiting its environmental approval from the FAA, expected later this month on June 13.

A new Starlink dish just dropped, this time featuring a wider range of weather capabilities for use in harsh marine conditions. SpaceX released a new Starlink dish for marine customers this week, featuring an overall flatter design and a much higher wind resistance, as can be seen on the company’s website (via @Sawyer Merritt). The […]
Peter McGuthrie
2 days ago