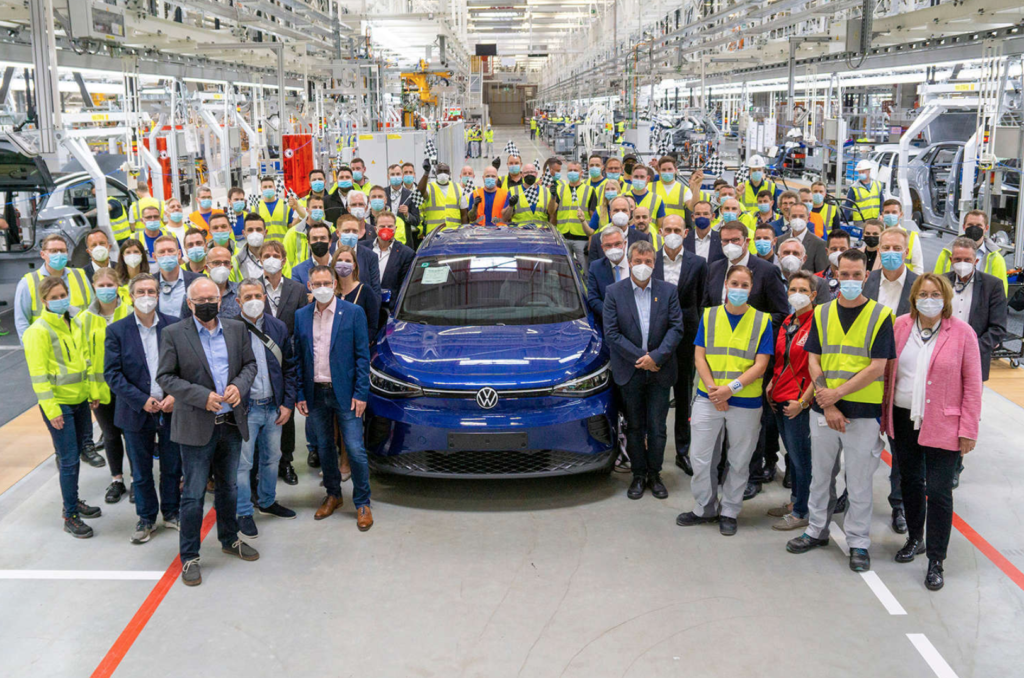 May’s electric vehicle (EV) sales in Sweden saw fully-electrics taking nearly half of the automotive market share, with Tesla’s sales dropping a few notches on the list after a 22-day production halt for its Shanghai factory.

The best-selling BEV in Sweden in May was the Volkswagen ID.4 with 658 deliveries, followed by the Kia Niro and the Skoda ENYAQ with 564 and 391 deliveries, respectively.

The Tesla Model Y delivered 312 units in Sweden in May, placing sixth overall in the BEV category, and following the Volvo XC40 (318) and the Polestar 2 (315).

Tesla’s Giga Shanghai Has Made 26,000 Cars Since Resuming Production https://t.co/YgjVXWw2mY

Through the trailing quarter including May, the Kia Niro has topped the BEV market with 2,007 sales, followed by the Volkswagen ID.4 with 1,984 and the Tesla Model Y with 1,680.

Tesla’s Model Y and Model 3 were Sweden’s best-selling EVs in March, though the Model 3 didn’t land in the country’s top 20 selling BEVs in May.

Similarly, the Nissan Leaf has also been nudged off the list, with the Volvo XC40 and Polestar 2 having jumped month to month.