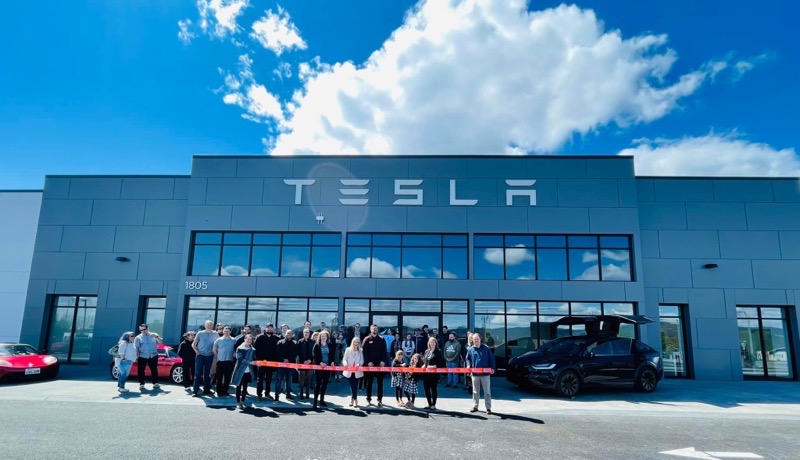 Tesla held a grand opening event to celebrate its new showroom and service center at Liberty Lake, located in Spokane, Washington, at 1805 North Pepper Lane. The event took place on Saturday, May 21, 2022, from 10am-12pm.

Baker Construction & Development, Inc. started construction at the site last July, for the tilt-up precast concrete structure on the 5.5 acre site. The company says roof structure panels are precast as well, while the building has 37,460 sq. ft. of maintenance and service areas.

Images and video of the ribbon cutting event were shared to the Spokane/Coeur d’Alene Tesla Club, as shared by Tesla North reader @icy_tesla. 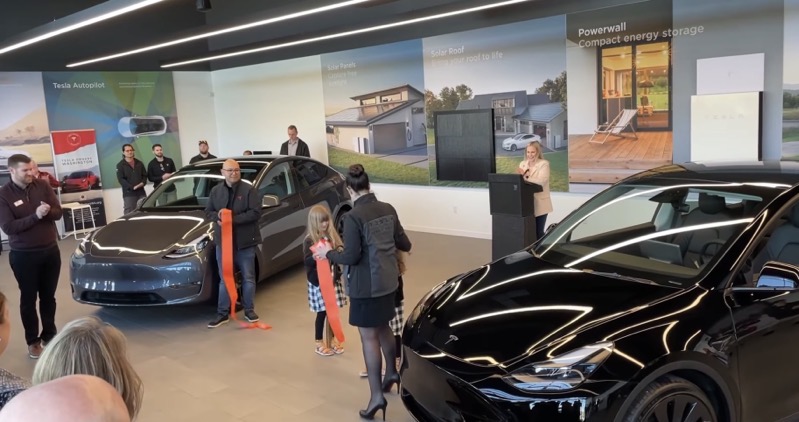 The grand opening event was family friendly, with the kids Cyberquad on site, while an original Roadster showed up as well. The Tesla Owners  Washington Club had colouring books and crayons available for children, while the actual cutting of the ribbon was done by two young girls.

The grand opening event also had vehicles ready for delivery to new owners as well. The Tesla Liberty Lake service center is the first in the state built from the ground up. The location and its Superchargers opened in late April but yesterday marked the official grand opening.