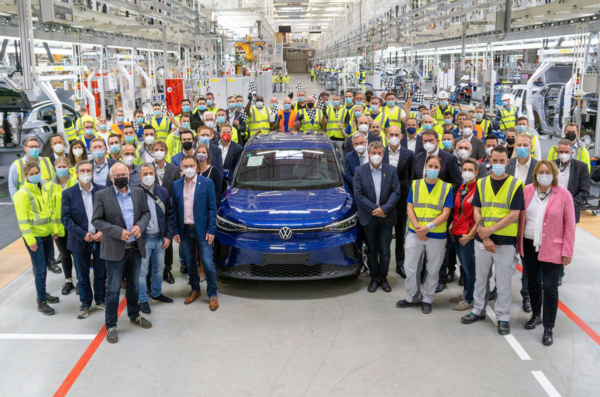 Volkswagen has launched its newly transformed production facility in Emden, Germany, as detailed in a press release on Friday.

Volkswagen plans to build its all-electric ID.4 at the facility, and the vehicle is set to begin rolling off the production line as soon as Friday.

Brandstätter said, “With our clear commitment to the site, we aim to show that cost-effectiveness and competitiveness are not only possible in the region, but that we can even enhance them lastingly.” Brandstätter added, “Volkswagen is making Lower Saxony, where we have 130,000 employees, Germany’s center for electric mobility.”

Volkswagen expects to build as many as 1.2 million EVs per year at its facilities in Europe, China and the U.S.

The second EV production site in Germany is at Zwickau. Other EV plants are in Anting and Foshan in China, with Chattanooga (USA) and Hanover set to start production in 2022.

But for now, Emden’s maximum production capacity at the end of this year will be 800 ID.4 units per day, depending on supply chain headwinds, says Volkswagen.

Volkswagen also opened up pre-orders for its ID Buzz electric van for customers in Europe on Friday, starting at a price of 64,581 euros ($68,213 USD).