Lucid Announces Sale of 100,000 Vehicles to its Investor Saudi Arabia 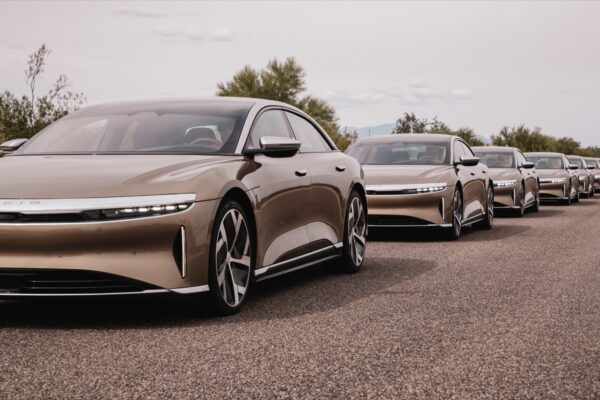 Lucid Motors announced a deal with the Government of Saudi Arabia for the sale of 100,000 EVs, as detailed on Tuesday in a press release.

The sale of the vehicles will take place over a ten-year period, with an initial commitment starting with the first 50,000 vehicles, then followed by the rest.

Saudi Arabia’s government plans to purchase the Lucid Air and other upcoming models, as produced at the automaker’s Arizona factory in the U.S.

Lucid Motors CEO Peter Rawlinson said, “Delivering up to 100,000 Lucid electric vehicles in Saudi Arabia represents another pivotal moment in our acceleration of sustainable transportation worldwide.” Rawlinson continued, “We are delighted to be supporting Saudi Arabia in achieving its sustainability goals and net zero ambitions, as outlined by Saudi Vision 2030 and the Saudi Green Initiative, by bringing our advanced luxury EVs to Saudi Arabia.”

It’s not yet clear what price the government will purchase the vehicles at, but they’re set to be determined by the lower part of standard retail prices in Saudi Arabia, and the U.S., in addition to logistical and delivery costs.

Saudi Arabia’s public wealth fund is a backer of Lucid Motors, holding a nearly 62% stake in the U.S. automaker. It remains to be seen if Lucid can ramp up production to meet this new order of vehicles.