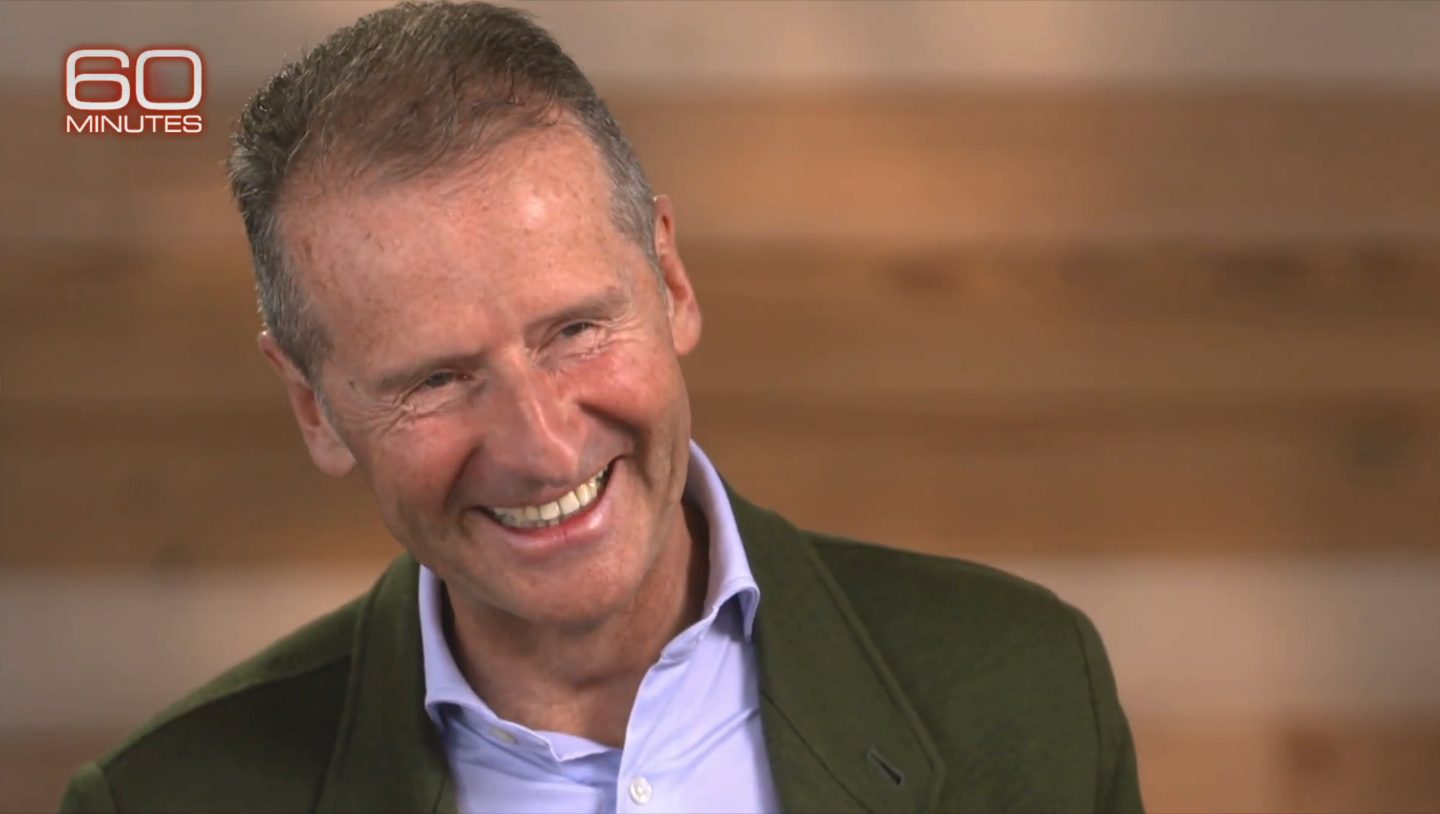 Herbert Diess, CEO of veteran German automaker Volkswagen, recently sat down with Lesley Stahl for an interview on CBS‘s 60 Minutes.

The two started off by talking about Volkswagen’s production and supply chain woes amidst Russia’s ongoing invasion of Ukraine. Last month, Volkswagen delayed the ID.5 electric vehicle (EV) to May after the war cut off the company’s supply of wiring harnesses and other “key” electronics components from Ukraine.

The conversation soon pivoted towards Volkswagen’s efforts to catch up to Elon Musk’s Tesla in EV sales (via @WholeMarsBlog).

Here's what Volkswagen CEO @Herbert_Diess had to say about Tesla and @elonmusk on 60 minutes pic.twitter.com/eR7jeBh7Hs

Last year, Volkswagen delivered 263,000 battery electrics — second to none except Tesla — for a 97% increase in EV sales year-over-year. Tesla, meanwhile, delivered almost four times as many EVs at a whopping 936,000 units.

“We are second,” said Diess during the interview. “Tesla is quite ahead currently, and they are growing fast. He [Elon Musk] is taking more risk than we can.”

“He is now building a plant in Berlin,” added Diess, referring to Tesla’s recently opened Gigafactory in Berlin-Brandenburg. Giga Berlin can fully assemble a Model Y car in just 10 hours, much to Volkswagen’s envy.

Diess isn’t one to back down from a fight, though, and welcomes the challenge. “It’s 200 km from our plant, and I think it’s very healthy for us to have a new competitor,” the Volkswagen CEO said. Back in September of last year, Diess noted that Giga Berlin would increase competition across Germany upon starting operations.

Historically, Diess has talked highly of Tesla and Musk. The Volkswagen CEO even invited Musk as a special guest to a meeting of the company’s executive leadership last year.

Diess has heralded Tesla’s success in the EV space as a benchmark for Volkswagen, bringing criticism from many at the company. “Yeah, they don’t like it,” admitted Diess.

You can click here to watch the whole 60 Minutes interview online.

Another state is targeting a major shift to electric vehicles (EVs) by the mid-2030s, following California’s mandate on going emission-free. New York Governor Kathy Hochul (D) said on Thursday that the state will need to shift to selling only zero-emission vehicles by 2035, as reported by The Hill. “We’re really putting our foot down on […]
Peter McGuthrie
8 hours ago

BC Hydro, the utility for British Columbia, Canada, sent an update to customers on Thursday detailing the latest electric vehicle charging station updates. As for new sites, BC Hydro says, “we recently completed two new sites: Duncan (up to 100kW charging) and McLeod Lake. Next up is a station currently under construction in Kitimat.” Existing site updates include […]
Sarah Lee-Jones
9 hours ago