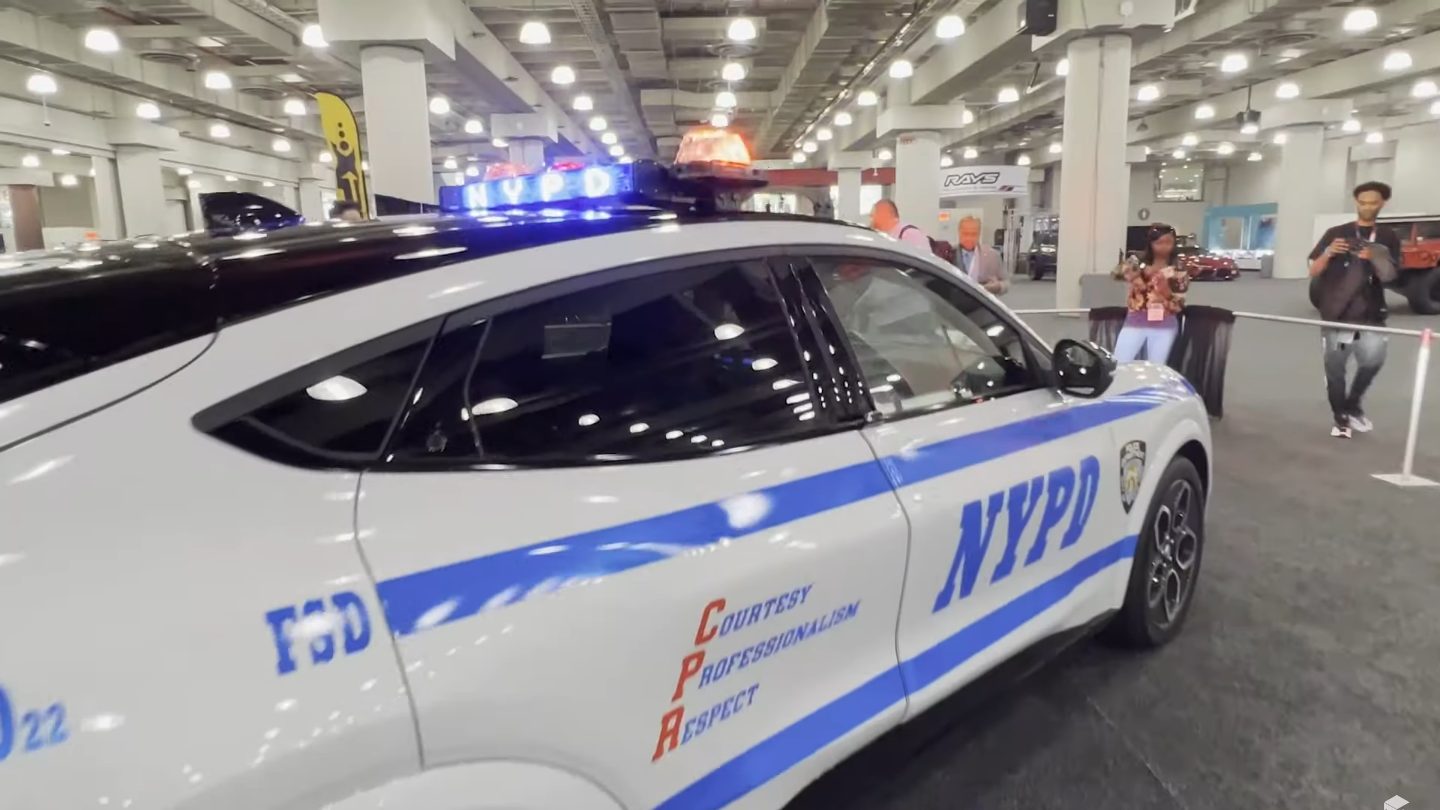 New York City placed an order for 184 Ford Mustang Mach-E vehicles back in December of last year, shortly after city authorities approved a whopping $12.4 million USD for Tesla police cars for the NYPD.

The NYPD is set to add 1,250 EVs to its fleet of police cruisers in 2022 and even more in the years to come, with plans to transition to an all-electric fleet by 2035.

The electric police cruiser showcased by the NYPD at the auto show was a Mustang Mach-E GT, featuring an All-Wheel Drive (AWD) configuration that delivers 459 horsepower, goes 0-60 in 3.2 seconds, and comes equipped with an 88 kWh battery rated for 270 miles of range.

Ford hopes to follow Tesla’s lead into electric police cruisers, and the Mustang Mach-E looks to be the veteran automaker’s way in. The NYPD’s Mustang Mach-E has been fully customized into a police car, complete with ballistic reinforced windows, steel doors and roof, and a light bar with a customizable LED message screen.

Going electric will not only save the NYPD in fuel costs, but electric vehicles also require virtually zero maintenance and are exponentially more efficient than gas guzzlers when idling. What’s more, the NYPD already has EV charging infrastructure at their precincts, with plans to expand.