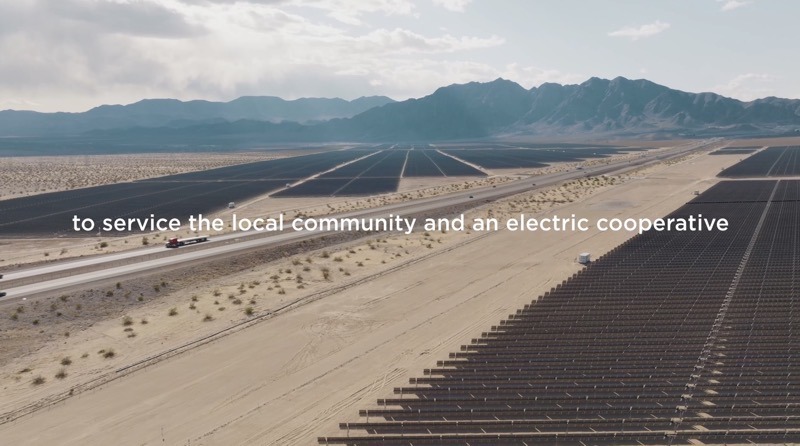 Tesla has detailed the recent completion of the Arevon Townsite Solar and Storage Facility, located in Boulder City, Nevada, about 20 miles south of Las Vegas. Construction on the site started back in November 2020.

According to Arevon, it completed construction of the site with electrical contractor Rosendin back in mid-January.

“Arevon is grateful to everyone who has worked so hard to complete Townsite Solar + Storage and we are thrilled that the local community can now benefit from this new clean energy source,” said Justin Johnson, chief operating officer of Arevon in a statement, at the time.

“The infrastructure required to provide electricity to our homes and businesses reflects one of the largest labor and capital investments in human history. Transitioning to renewables is a similarly massive undertaking. We applaud Nevada’s efforts to boost clean energy and develop new opportunities for companies focused on building a brighter future,” added Johnson.

Power generated from solar on the site is distributed underground to a 230kV substation, then via overhead generation tie-line to the Mead Substation just outside Boulder City, says Arevon.

You can watch the video overview of the site by clicking here.